Since the birth of the NC website in 2010 we have published over 140 blogposts. Many of these get kind of buried in a pile of other blogposts as they get older. So, to breathe some new life into some of these older posts, we’ve decided to provide a few selected highlights from the NC blog history. 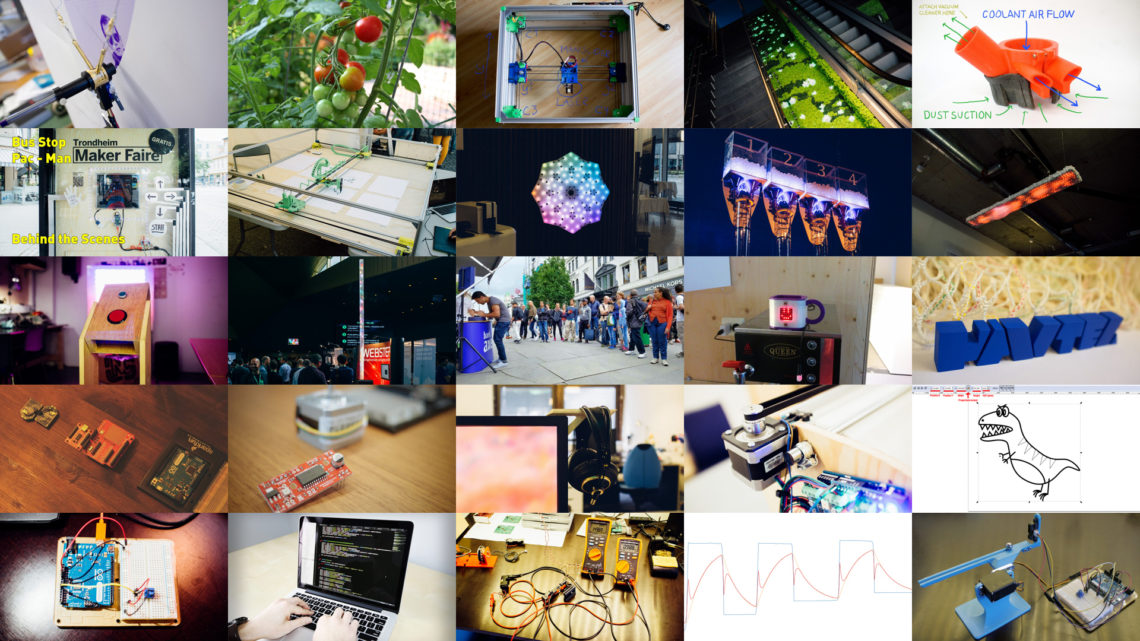 The posts are sorted chronologically under each category. In the case where a blogpost is part of a series, we regard the whole series to be the highlight. 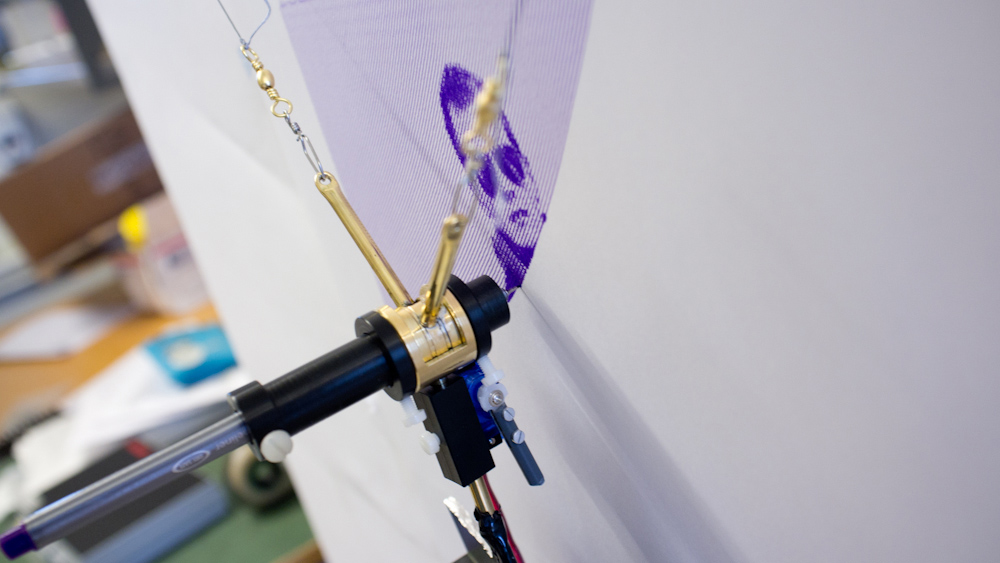 In 2012 we started working on a vertical hanging drawing machine. It ended up working really well. We wrote several posts about it back in the day, but here is the post describing the final version of the machine. 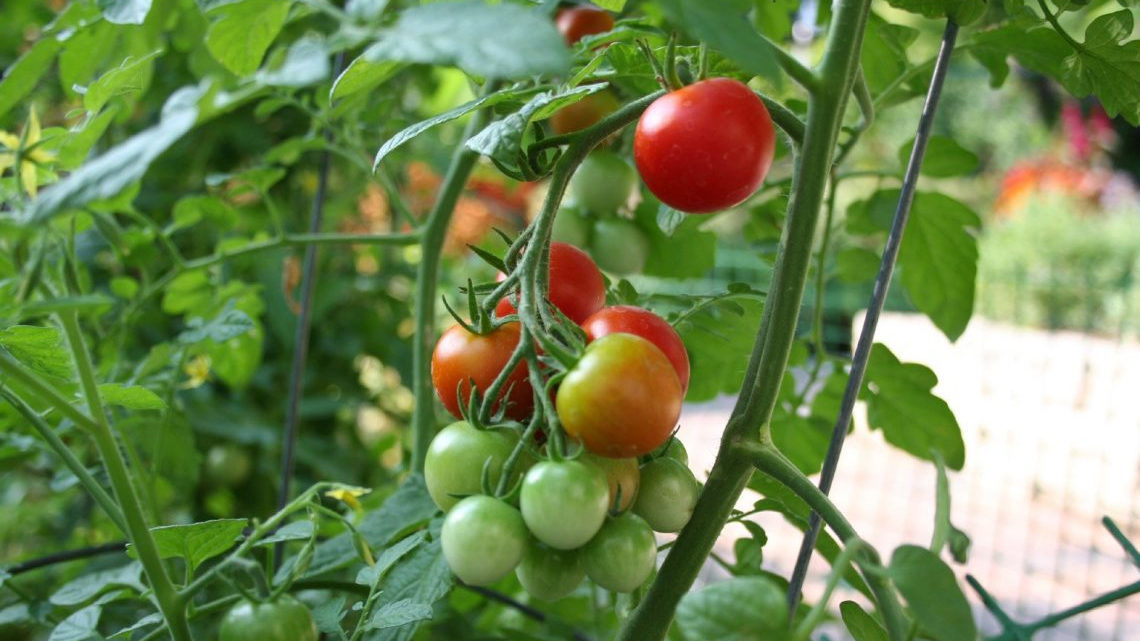 This five-part series is about how to make your own hydroponic gardening setup at home. Here’s part 1. 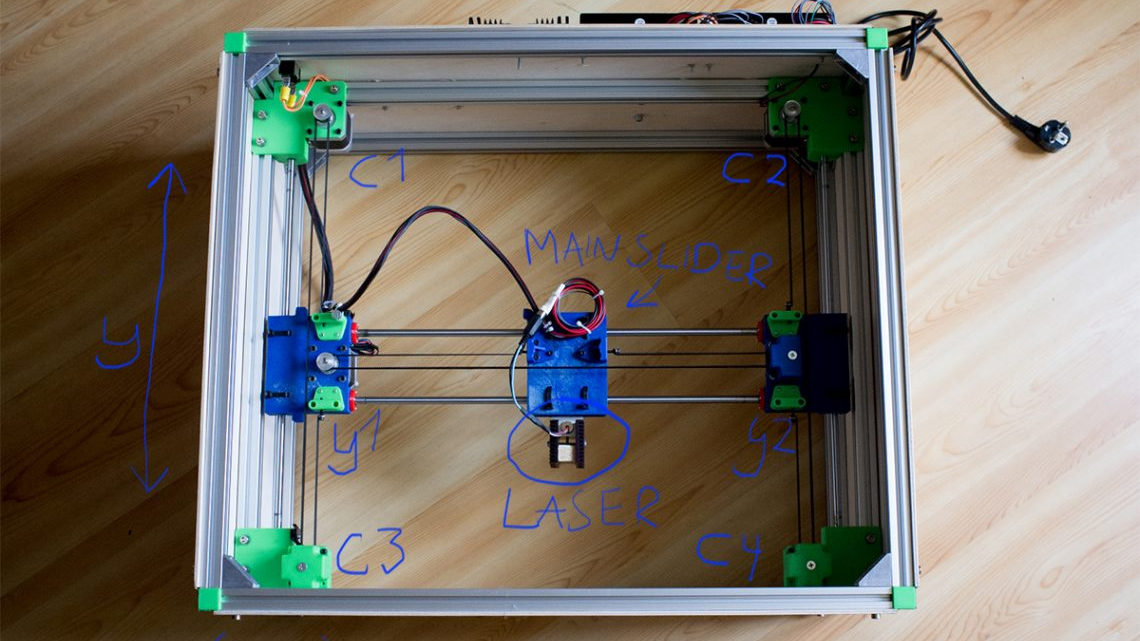 Several posts were written about this much used machine. This machine has a special place in our hearts since we’ve used it so much in many different projects. This post gives an insight into the technical aspects of the machine.

The LED Installation at Visit Trondheim 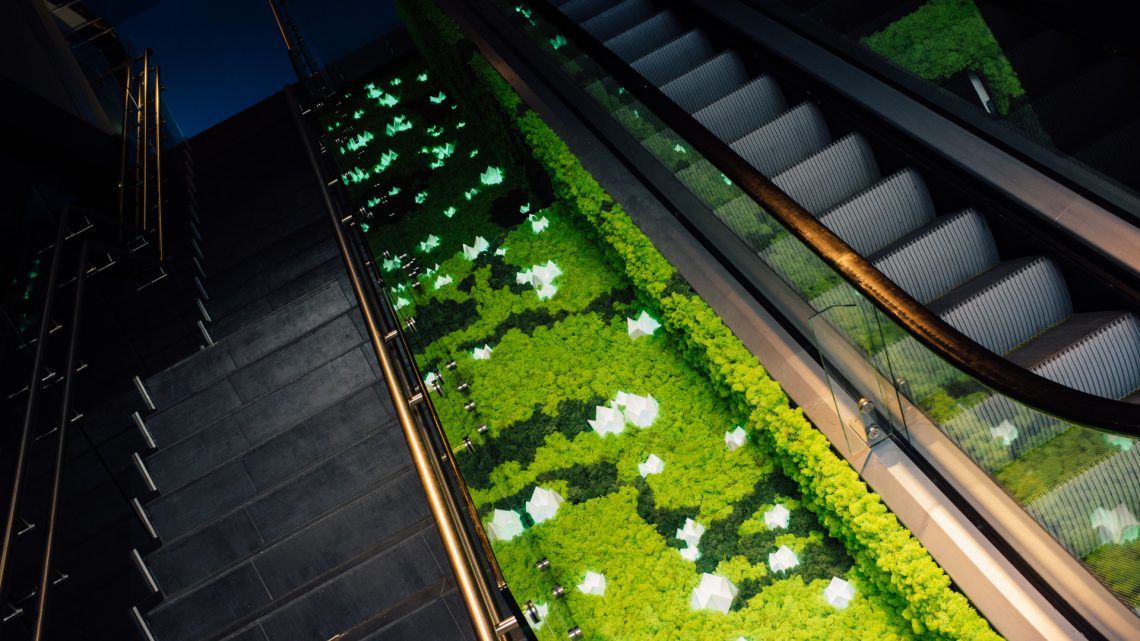 This was a cool project we did for a tourist agency here in Trondheim. It had motion sensors and lots of LEDs! Read about it here! 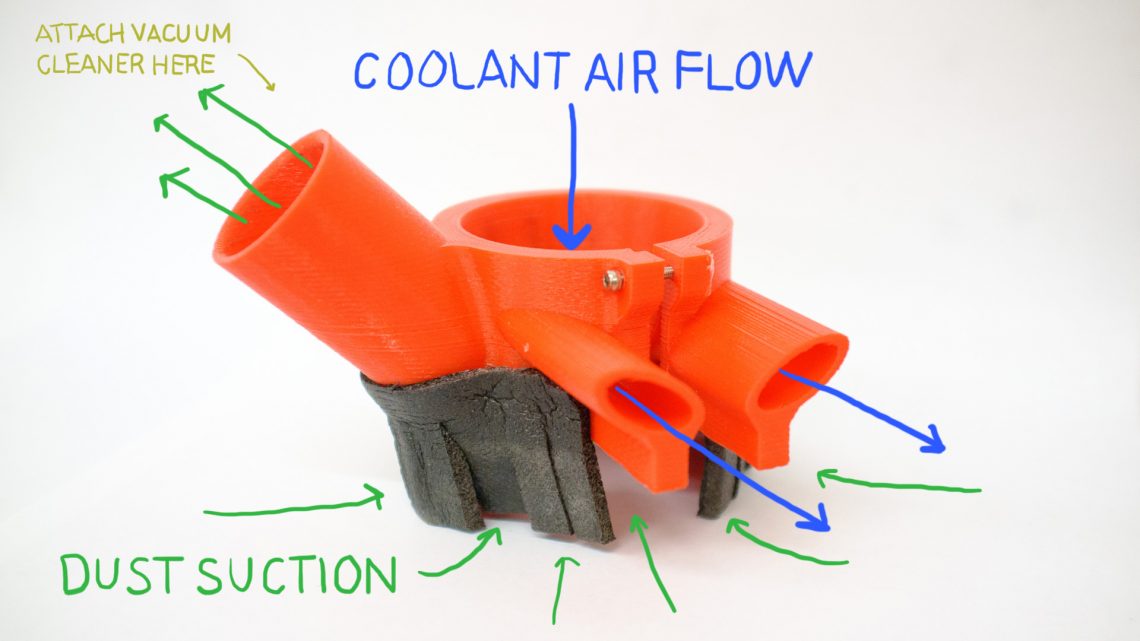 This little part we made for our Shapeoko 2 desktop CNC router became quite popular. In the blogpost there are files available for download so that you can print your own. 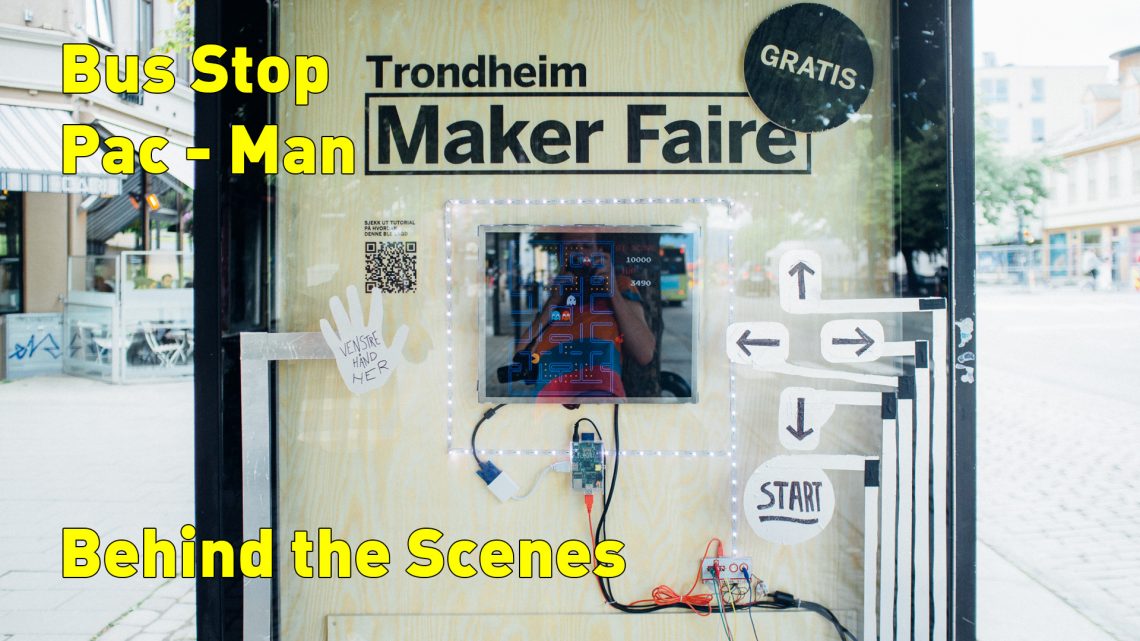 For Trondheim’s first Maker Faire we were part of a marketing stunt where we installed a Pac-Man game at a bus stop in town. See how it turned out here.

The Plotter for Trondheim Maker Faire 2014 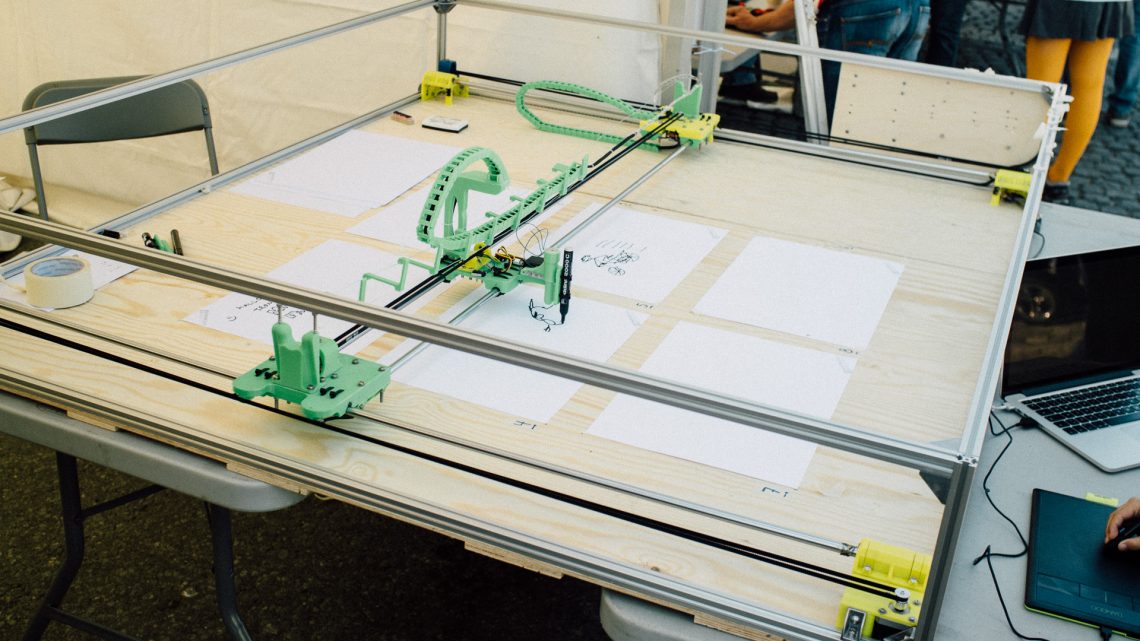 This might be one of the coolest things we’ve made. This large drawing machine mimic what you draw on a drawing pad by traveling around in two axes and drawing on paper with a permanent marker. This is the first of five posts in the series about this machine. 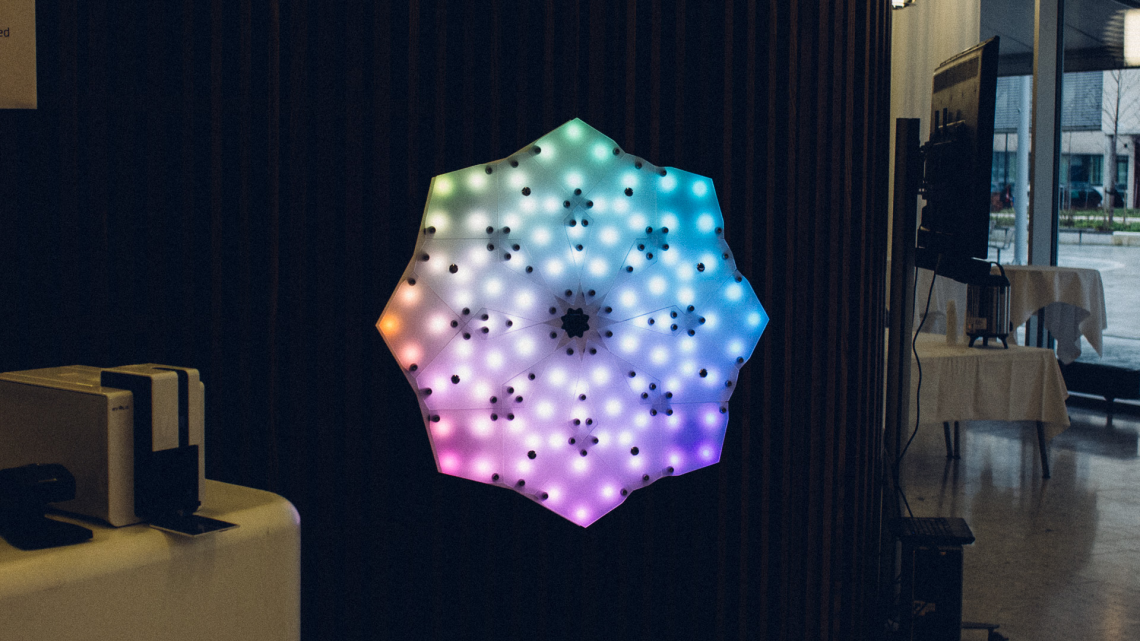 One of two projects we did for Technoport 2015. Here’s a post about how we built it. The other project we did for Technoport 2015 was this curious contraption. To understand what it does it’s best to read one of the blogposts. This one is about the building phase. This is a large LED lamp we made that reacted to Facebook page likes. It also used the Fadecandy framework to generate organic patterns. Read about the technicalities here. 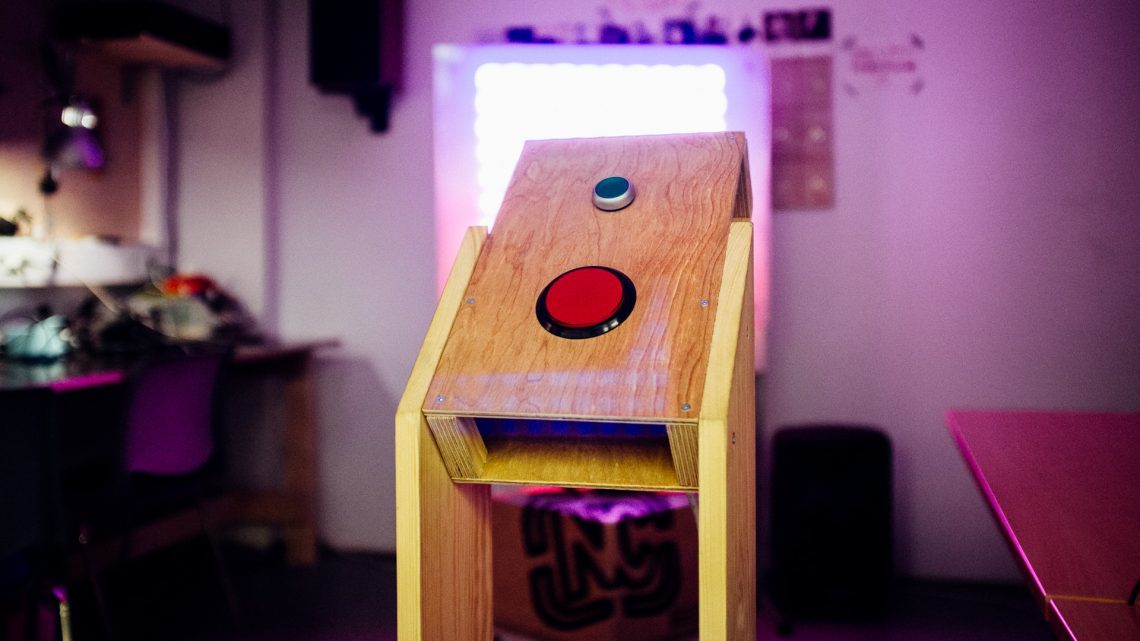 A technical post about our main attraction at Trondheim Maker Faire 2015 where people could test their reaction and compete with each other. Another “one-button-timing-game” we made where we had a lot of LEDs along a 4.5 meter tall column. Read this post to find out more! Yet another one-button-game. In this game the goal is to press a button as many times as possible within 30 seconds. This post show you extreme button stress testing in practice. This is the third and final part of a series where we look at how we created a wireless coffee timer using the BBC micro:bit. Be sure to check out the other episodes as well. This neat post shows you how to smooth out and color ABS prints without the use of chemicals. A popular blogpost where we show how to use communicate wireless over Xbee with the Arduino. Our all-time most popular blogpost. This post show you how to control stepper motors with an Arduino and EasyDriver.

Introduction to CNC Machining and Making of a Headphone Holder CNC milling is a very useful tool as a maker. In this post we give an introduction on how to use a CNC machine as well as go through a simple CNC milling example. When building machines with stepper motors, but without closed loop feedback, you need well calibrated motion so that the machine moves correctly. This post shows you, among other things, how to calculate steps per mm, which is a crucial parameter in most motion control software. This is a very popular post where we introduce you to G-code and how you can generate it by using the free vector graphics software Inkscape. A tutorial where we introduce potentiometers and Exponential Moving Average (EMA) low-pass filtering.

The Programming for Beginners Series The first episode of a (so far) six post long blogpost where we go through the fundamentals in computer programming with examples in Arduino/C++ and Python. This topic is not as straight forward as you might think. This post busts some myths around battery capacity. Filtering made easy. Read the post to find out more! A tutorial/project-hybrid blogpost where we explain the basics of PID control and implement a PID controller on an Arduino.

It was quite difficult to pick what posts to include, however we feel that these 25 posts represent our blog catalog adequately.

At the end of 2017 we plan to do a similar post with highlights from the last year, but then with fewer featured posts.