In cooperation with Superblaise we did a project called “Hele Norges Knapp” (“All of Norway’s Button”) for BankAxept.

The goal of the game was to press a button as many times as possible within 30 seconds.

During its trip through Norway this button was pressed over 1 million times!

You can find another awesome video on the other end of this link.

The system was built around a Teensy 3.2 with an Audio Adaptor Board. The time and the score is shown on some rather large 7-segment displays and the LED light was created by WS2801 modules.

And the famous button that exceeded all expectation was a massive arcade button from Adafruit. 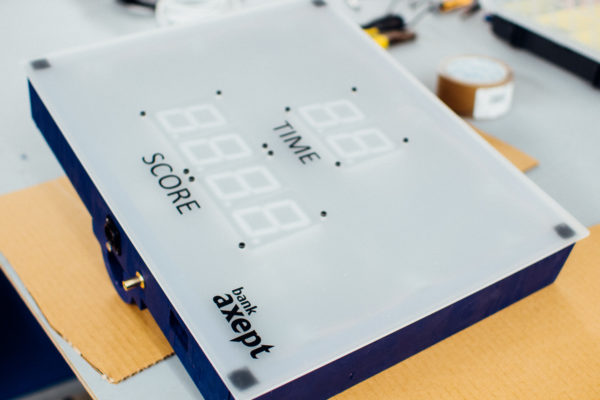 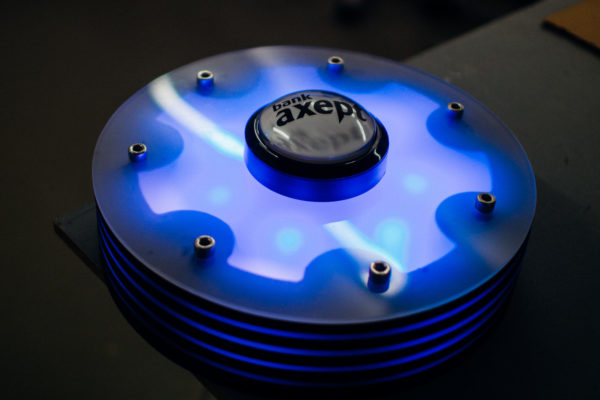 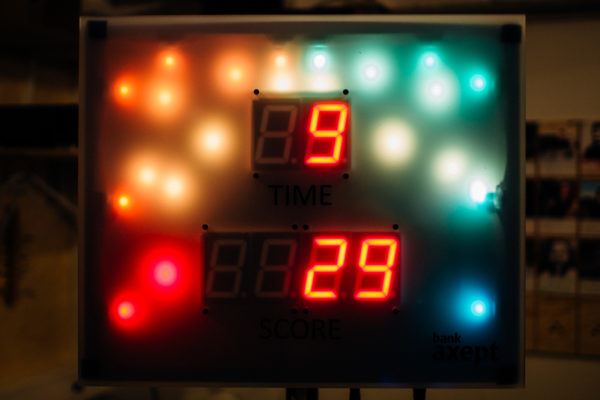 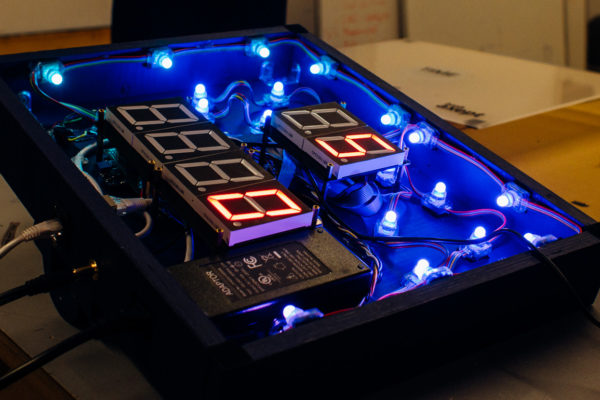 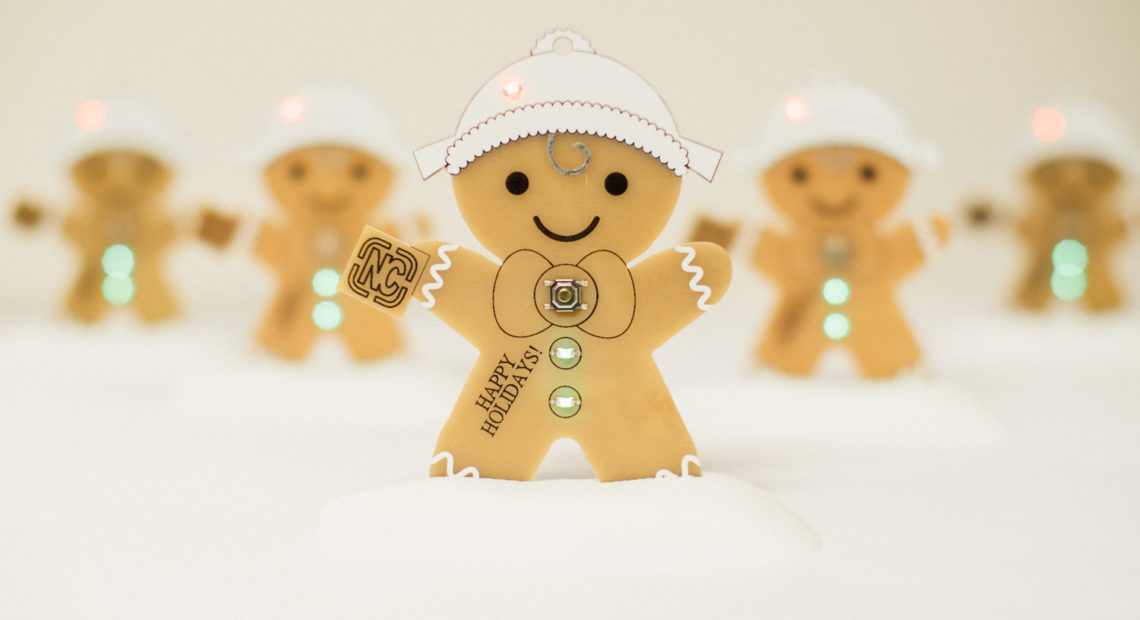