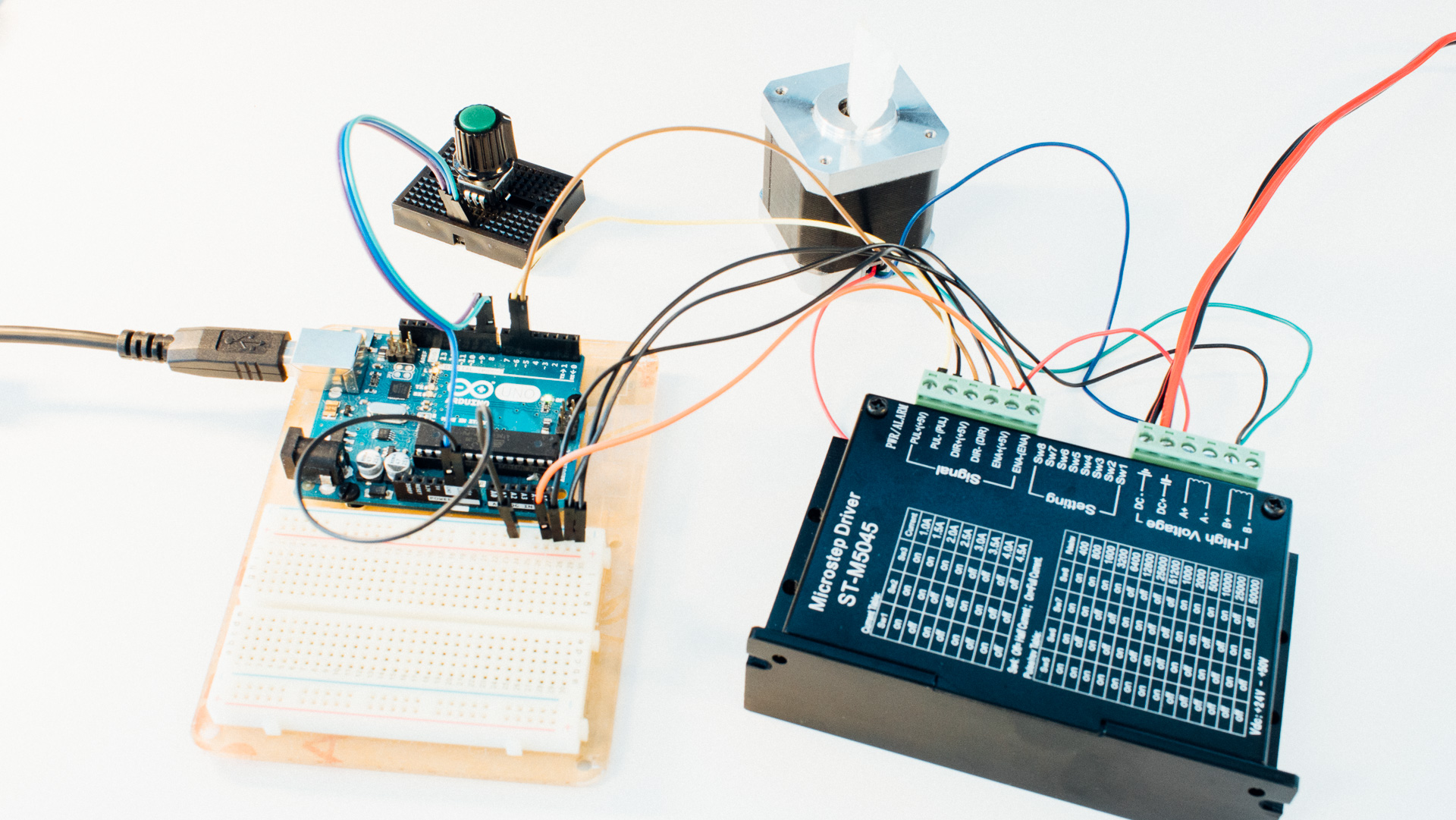 As we have written about earlier: Jogging a stepper motor with an encoder can easily be accomplished with an Arduino.

In this post will we show how a simple “stepper motor jogging-system” can be enhanced with acceleration and de-acceleration.

As we have talked about: acceleration and the opposite: de-acceleration, is an important trait of every moving system.

It reduces things such as mechanical stresses, it can be a minimum requirement in the system, it looks and feels better, and many many more.

But how can we implement a simple thing such as ramped start and stop?

AccelStepper is a library for Arduino that does exactly this.

It can among other thing calculate how fast the pulse train going to the stepper motors should be.

This can easily be added to you Arduino environment using the inbuilt “Library Manager” (Tools -> manage Libraries…). 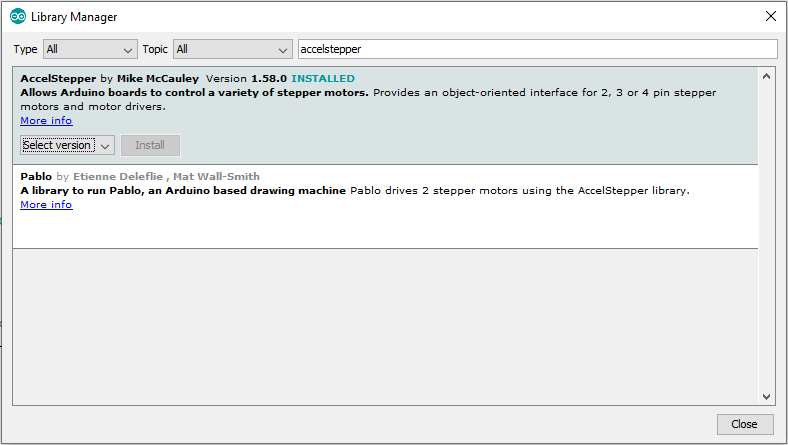 After this is installed all you have to do is include the AccelStepper library in your project and you get all the features written about here. That is done on line 1 in the code below.

Circuit and the firmware

The circuit used in this example consists of among others:

The stepper motor has (not so regular) 0.9 degrees step/pulse, and combined with a 2x micro stepping driver it takes us a total of 800 steps to go a complete revolution.

The encoder we use here give out 24 steps/revolution.

Speed it given in steps / second and the desired acceleration is stated in steps per second per second.

As we can see in the following image, which is a screenshot from a look into the STEP pin behaviour, the system accelerates and de-accelerates.

As we have seen here: Jogging with an encoder AND with acceleration and de-acceleration can be implemented in a rather simple way!

We have written several more posts about both stepper motors and how to control them here on our blog. You can check them out by starting here and/or here 🙂

There exists of course several challenges in a motorized embedded system like this. Where you can have several interesting challenges as e.g.:

As you can see there exists several of those pesky “embedded system challenges” here.

Do you have other stepper motor related challenges you want us to explore? Please let us know and we might tackle them in an upcoming blog post! 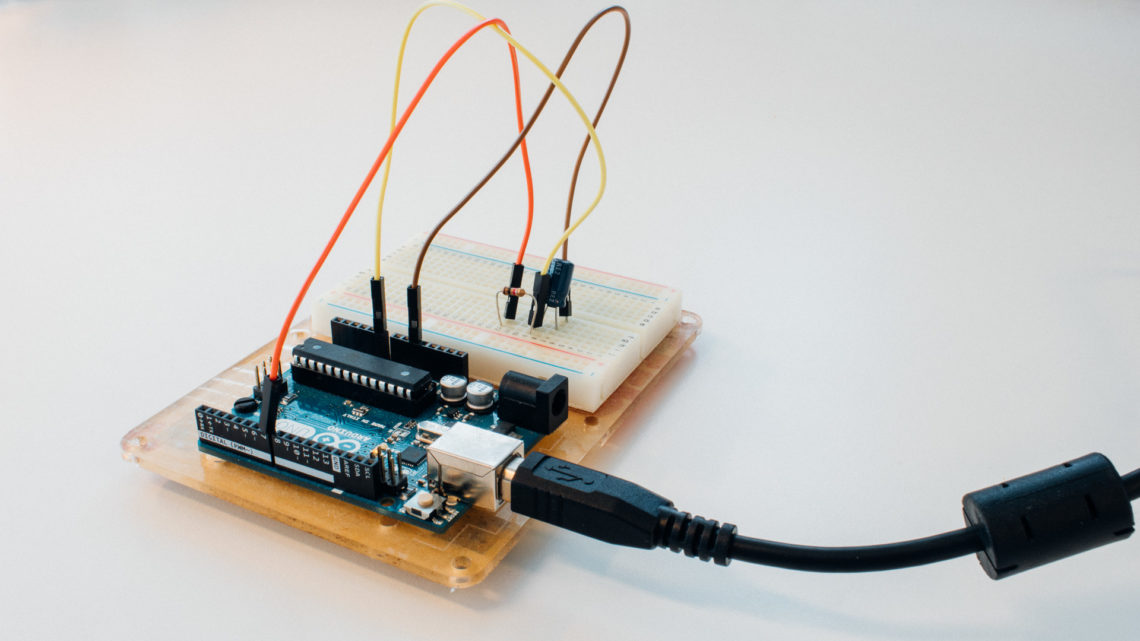