For Technoport we made a rather large installation which resembles their logo. Its main task was to work as a gathering point and an ice-breaker between the attendees at the event.

The 92 individually controllable RGB LEDs beneath the semi-opaque perspex facade gave it a nice soft and vibrant look while 4 hidden speakers played back a soundscape-loop to give it some character. In the center it had a camera to record time-lapse footage from the event as well as an ultrasonic distance sensor to make it a bit more interactive. Eight easily mapable buttons around the front also contributed to the interactivity. A VESA mount design on the back ensured that it easy to install it either on a wall, hanging from the ceiling or standing on the floor.

For a more detailed insight into this project, read the blogposts about the design and the building phase. 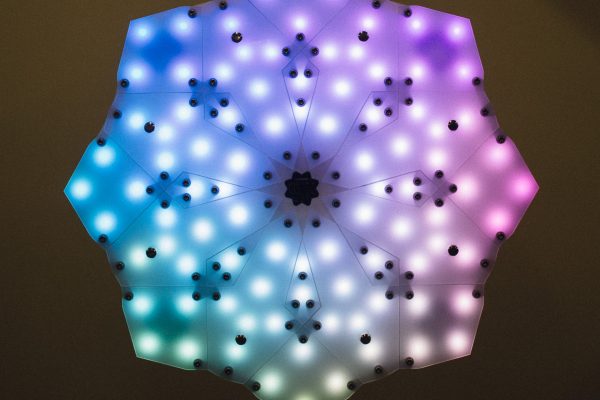 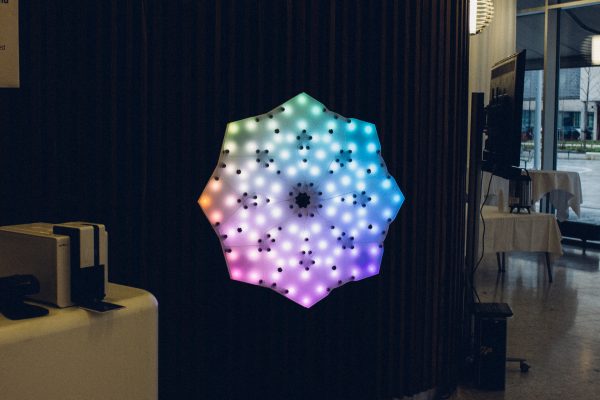 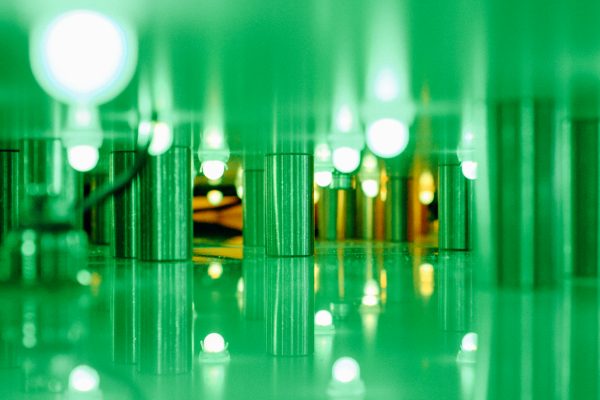 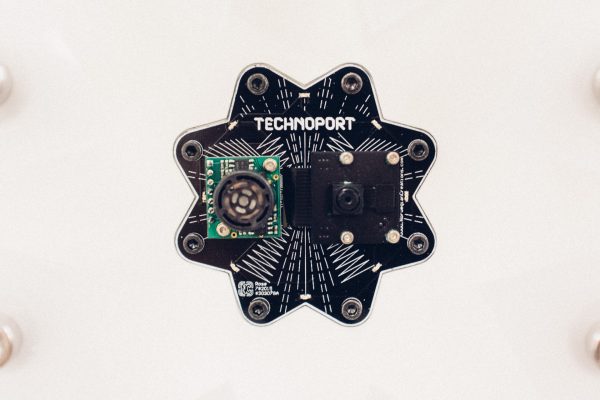 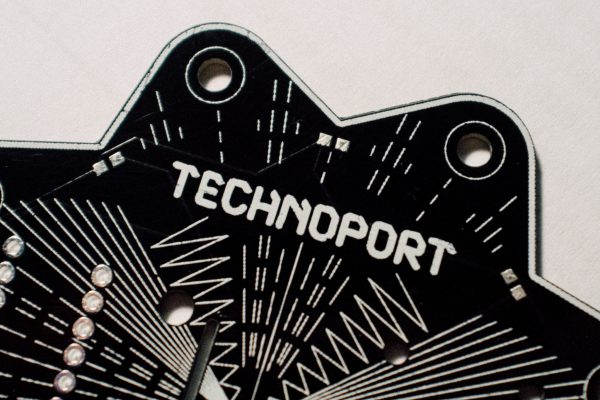 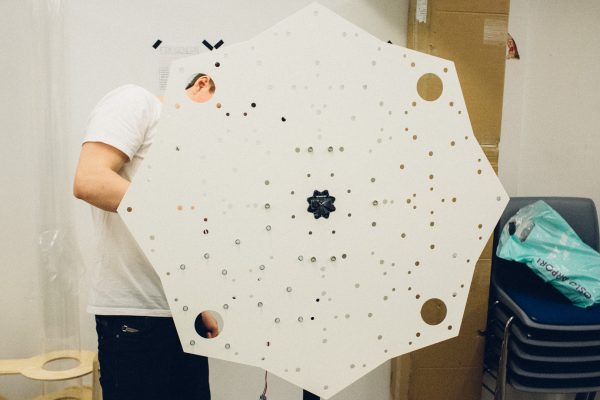 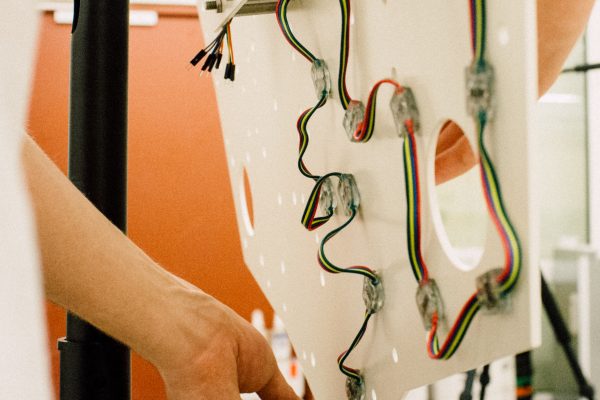 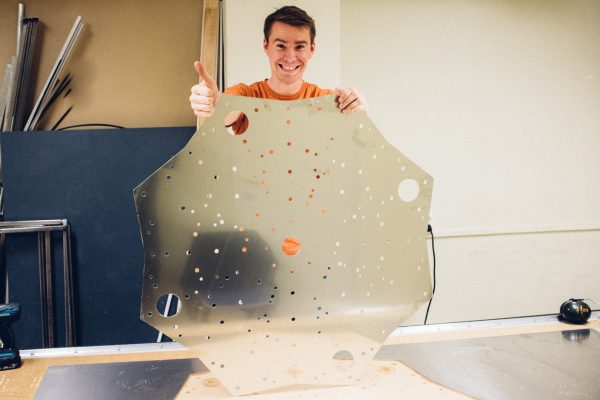 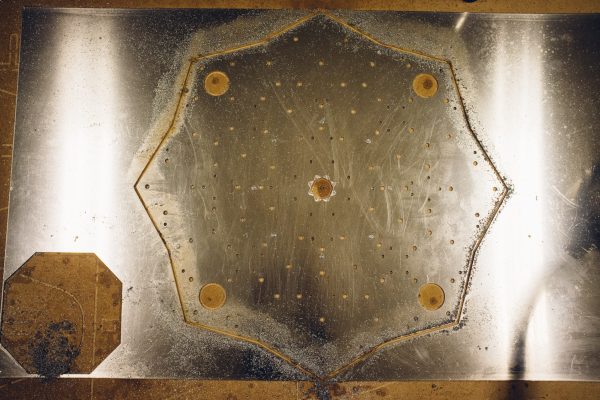 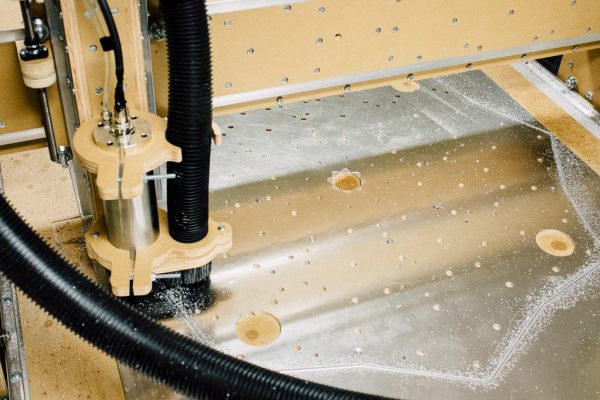