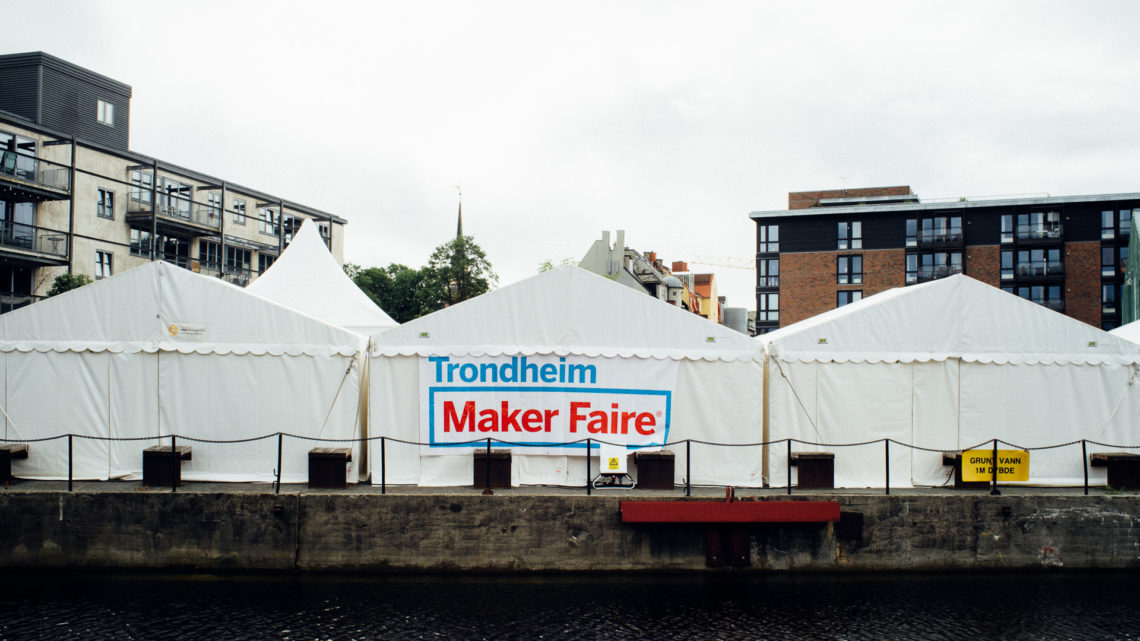 This year’s Trondheim Maker Faire was held last weekend at Solsiden in downtown Trondheim, just like last year. In this blog post we’ll show off a few images from the event. 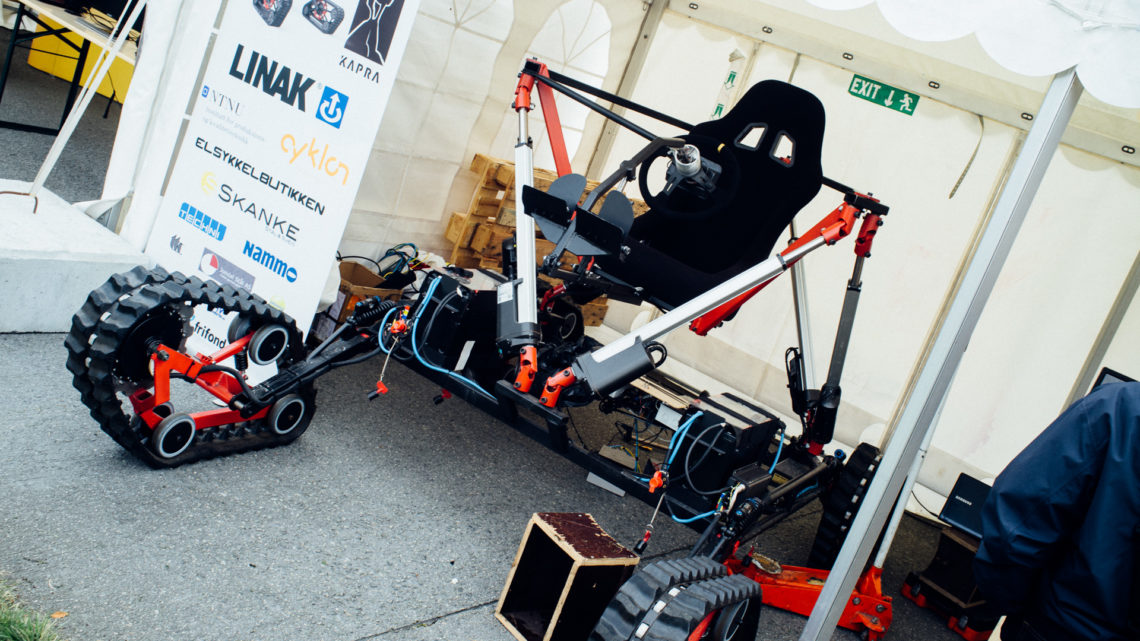 We saw this vehicle made by SK Engineering at NTNU last year as well, but this year it had some upgrades. 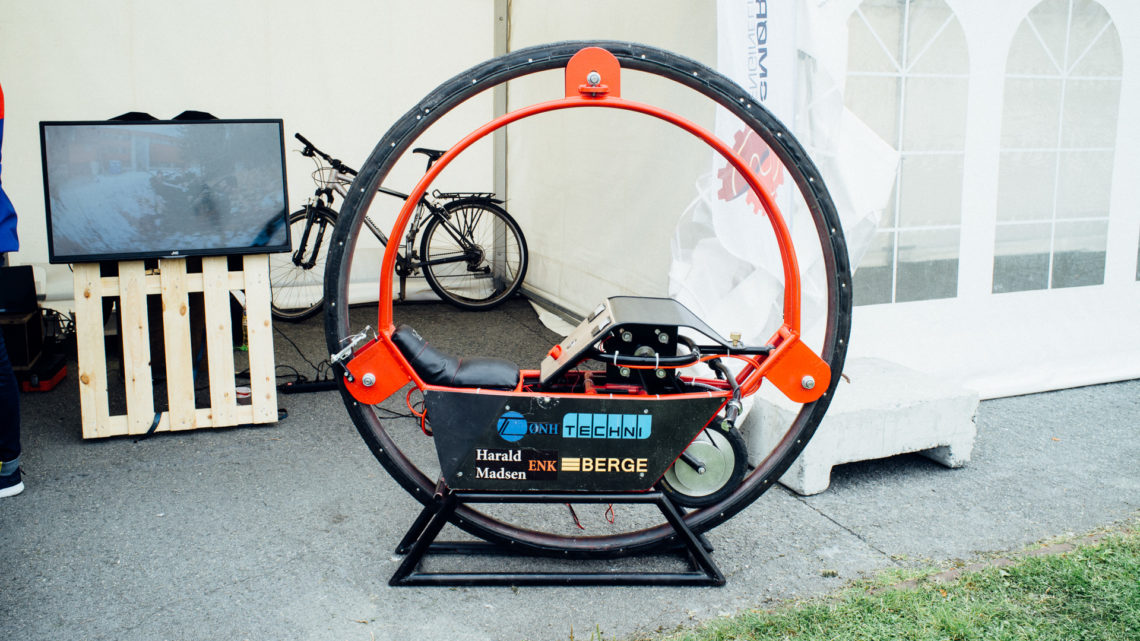 An exotic bike project also made by SK Engineering. 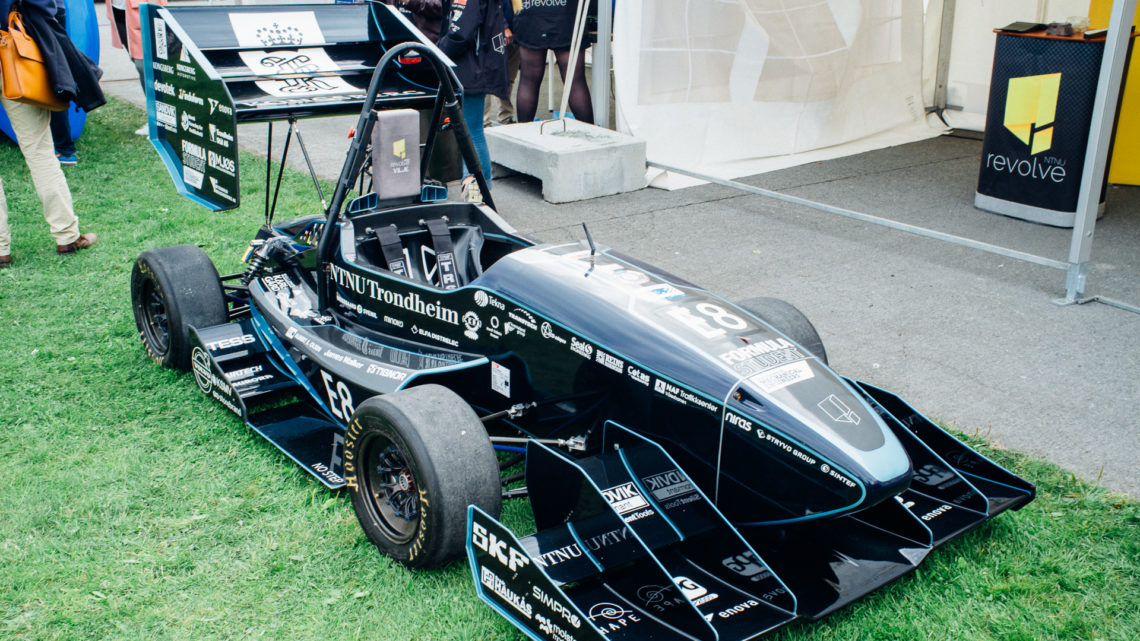 Revolve NTNU has been a regular attendee at Trondheim Maker Faire since the beginning. This year the showcased their 2015 car “Vilje”. 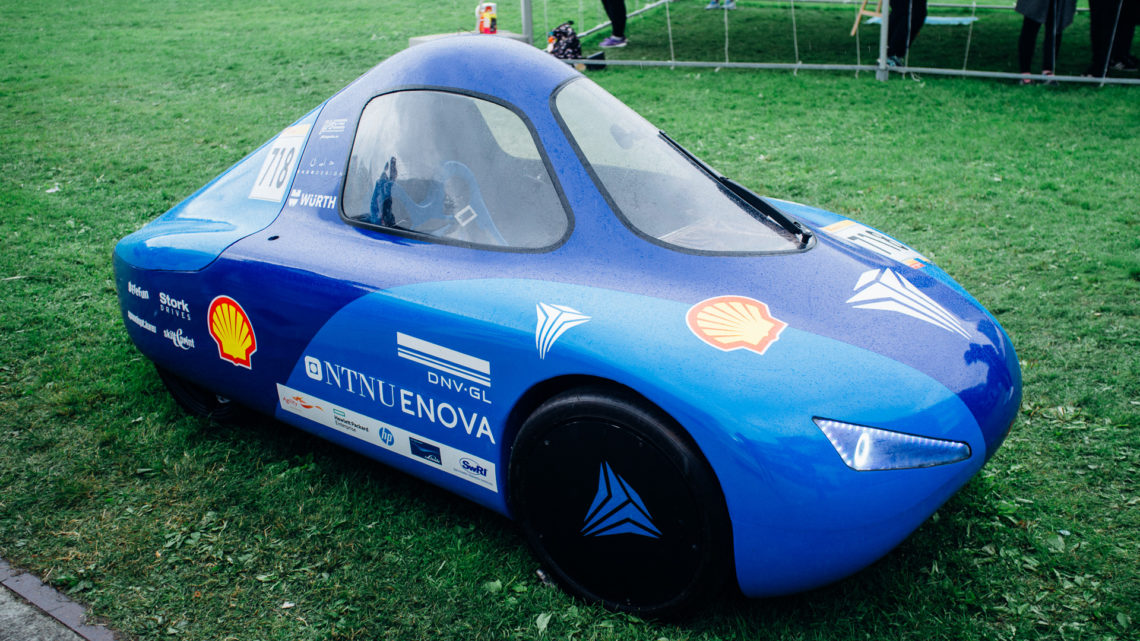 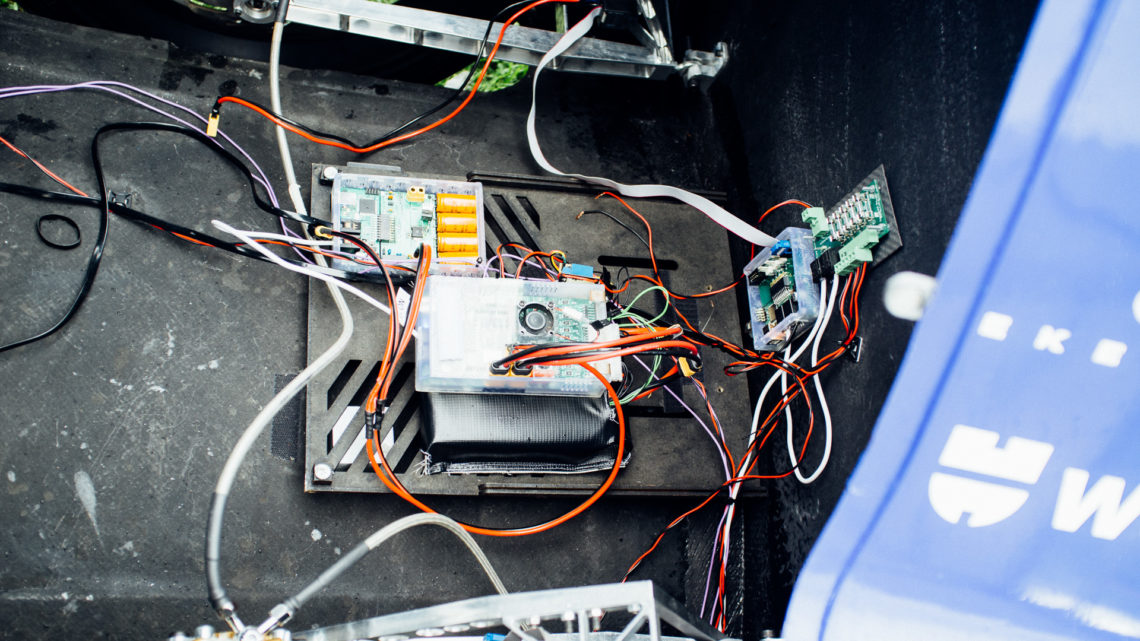 Some of the entrails in the DNV Fuel Fighter car. A DMX LED controller setup made by electronics students from Elektra at HiST. Do you recognize the logo on that PCB? Elektra also showcased a bunch of 7400 series ICs connected together to form an 8-bit processor. 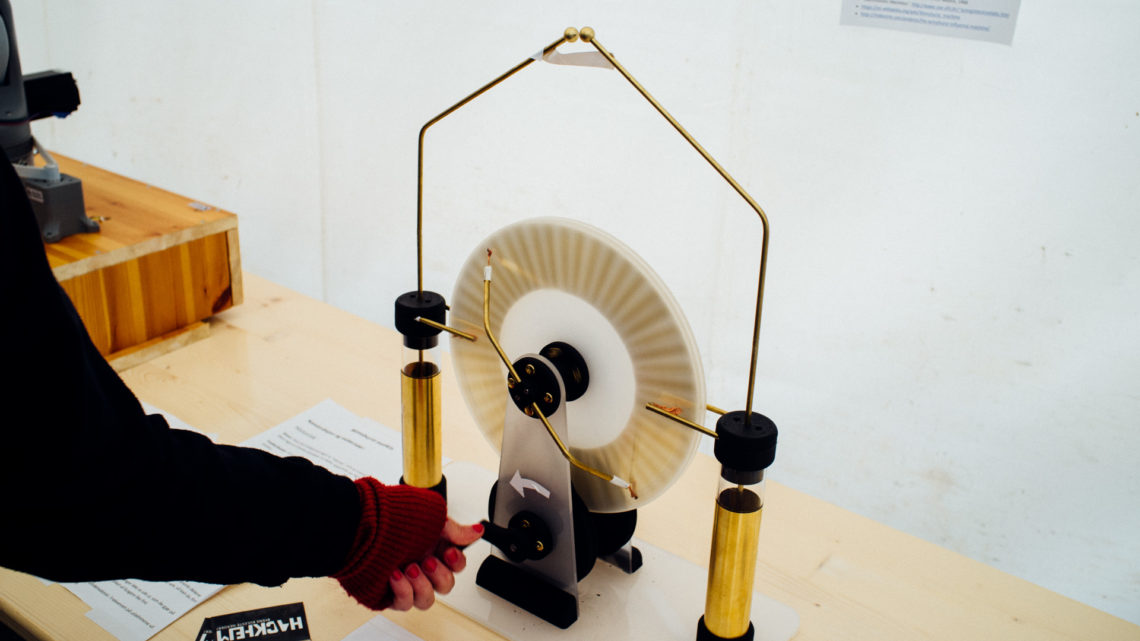 A Wimhurst machine, made by Hans J. Grimstad, one of the enthusiasts at Hackheim. 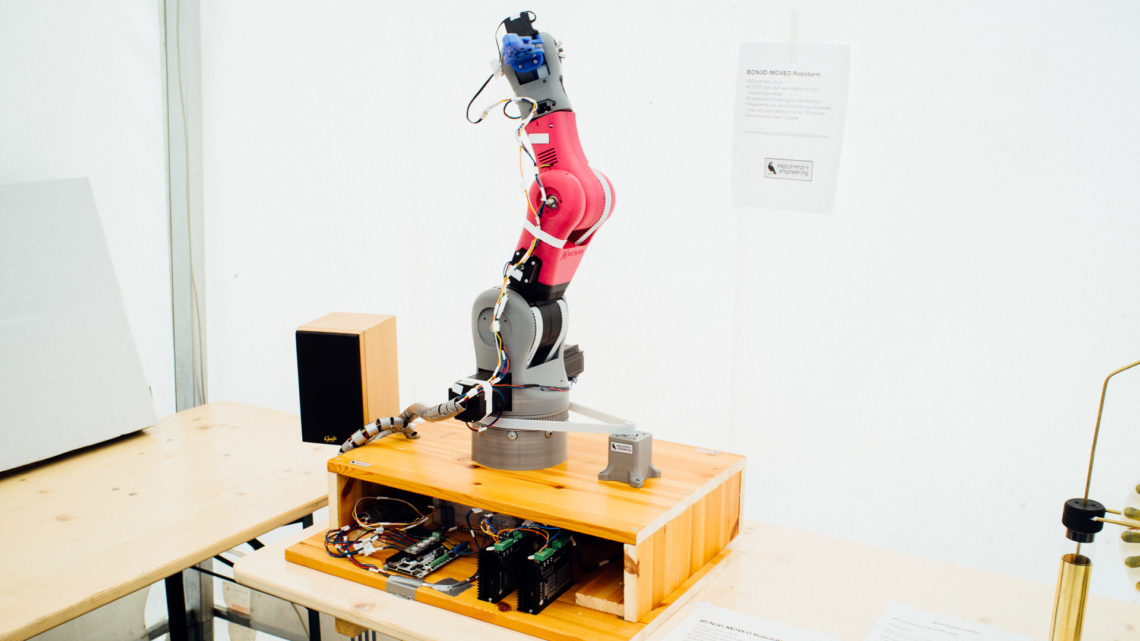 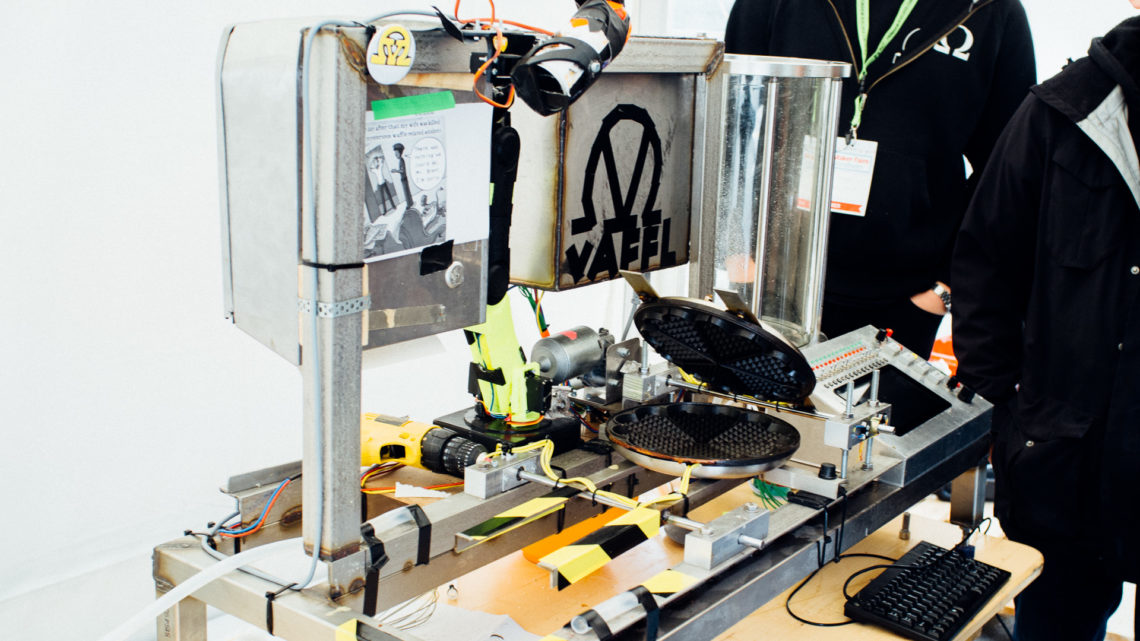 A waffle machine made by Omega Verksted at NTNU. The “mouth” of the waffle machine. A “floppy blaster” with some similarities to this project. Omega Verksted also displayed this Tesla Coil, which we’ve seen a few times before. It can play songs.