All the people studying at ELbygget NTNU Gløshaugen knows that it lack some real interactive art. So the last couple of years we have been thinking about filling that gap. And after dumping over Hector, and the video under, we had found the perfect creation!

Video of the prototype

The first idea was to make a machine as shown in the figure under. It consists mainly of a head who holds the pen and controls the distance to the paper and two stepper motors connected to the head with AT5 timing belts.

All the software on the master (the unit interpreting images and controlling the machine) is going to be open source, making it easy to create new algorithms and ways to use the machine.

And after a successful application to NTNU, we got funding from the Department of Engineering Cybernetics. 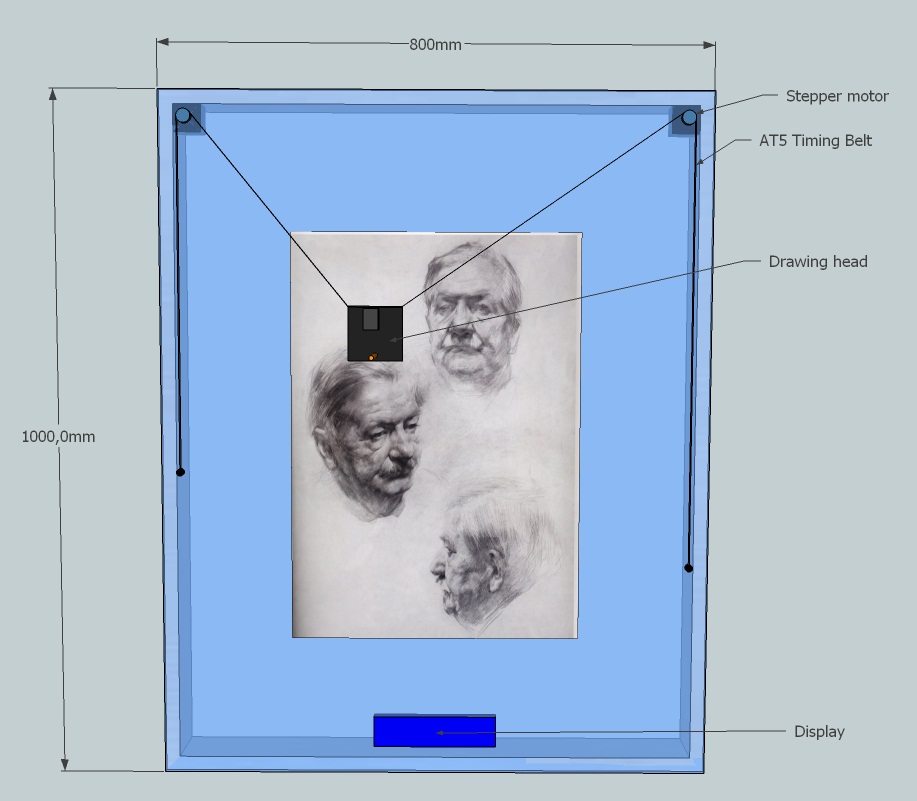 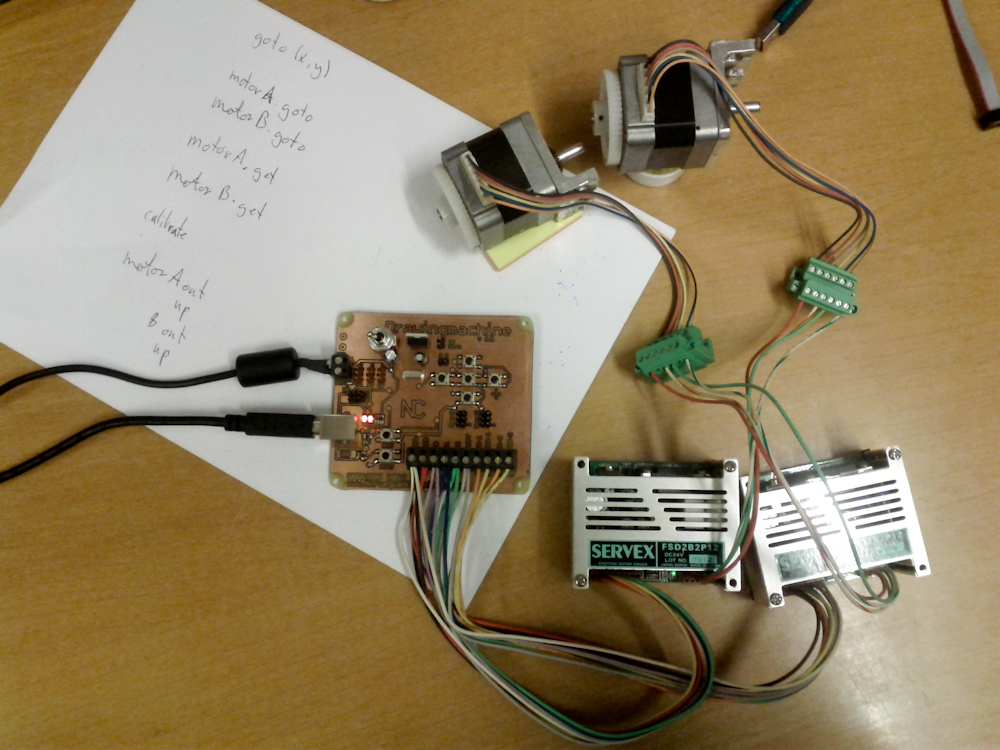 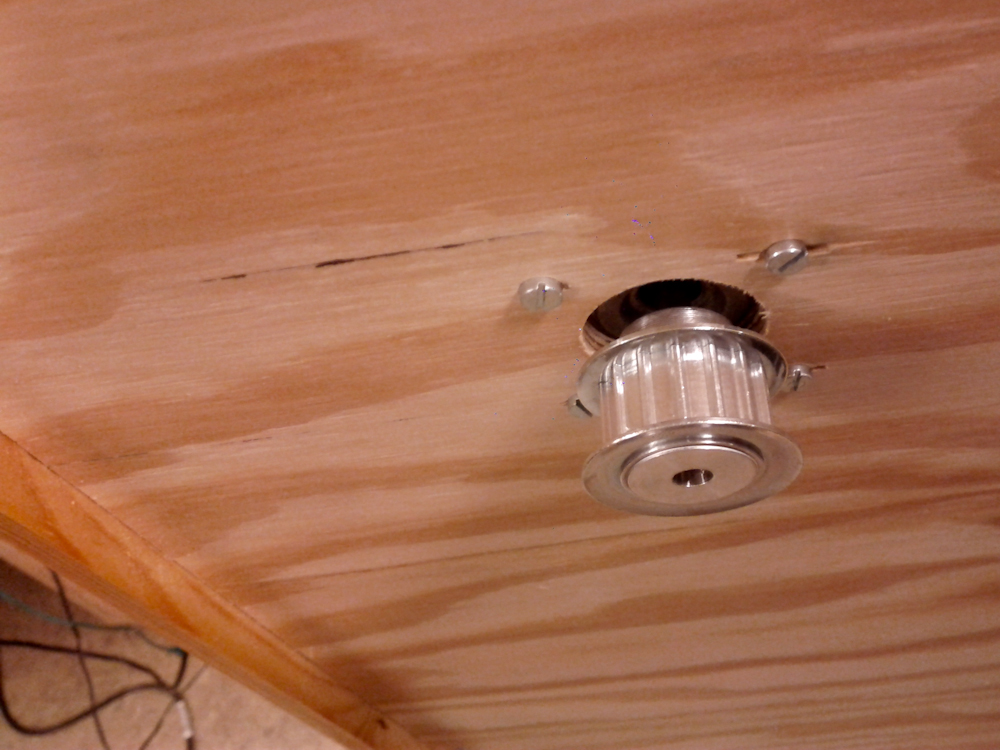 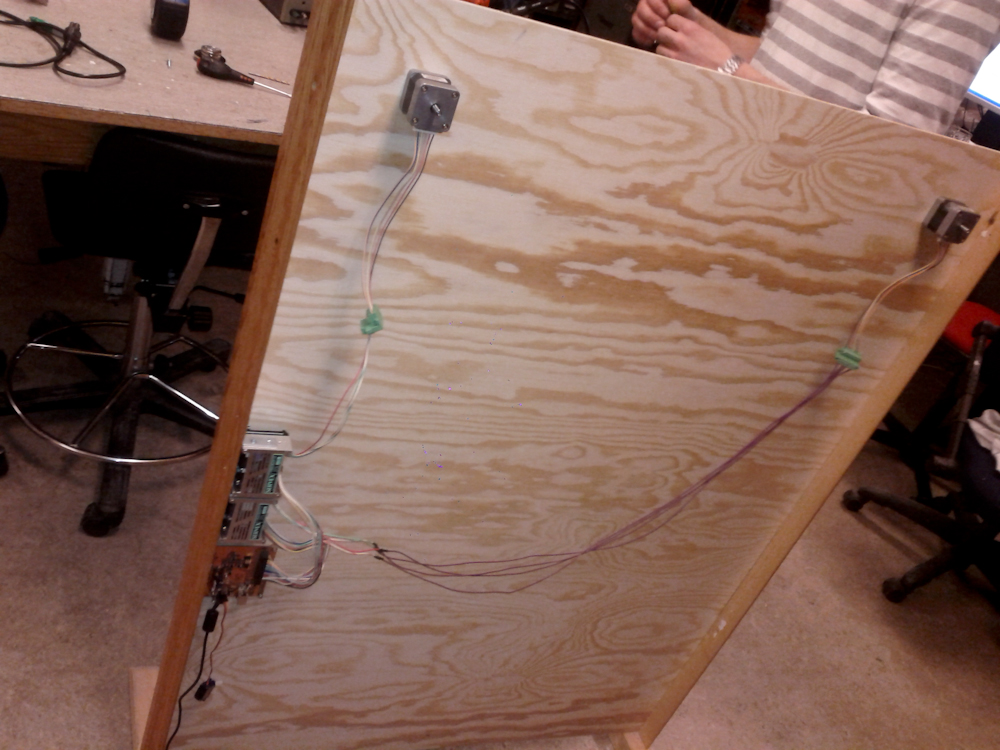 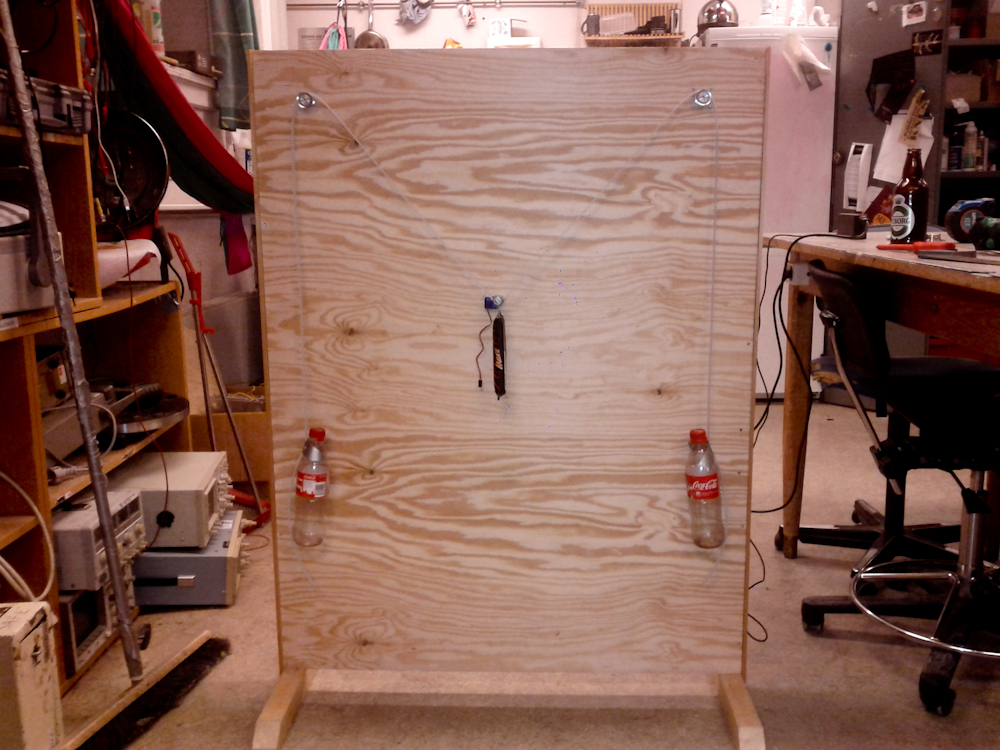 As you can see in the video, the timing belt was not as flexible as we had hoped, so we had to find another solution. We went for a spool concept, but thats puts a heavier load on the motors (they have no counterweight to help them). 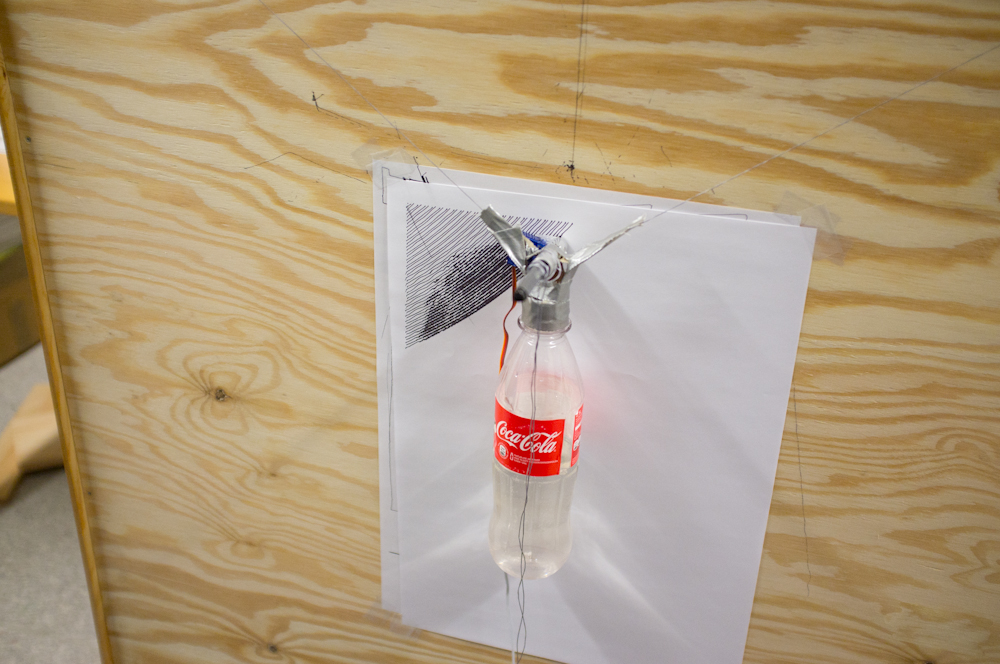 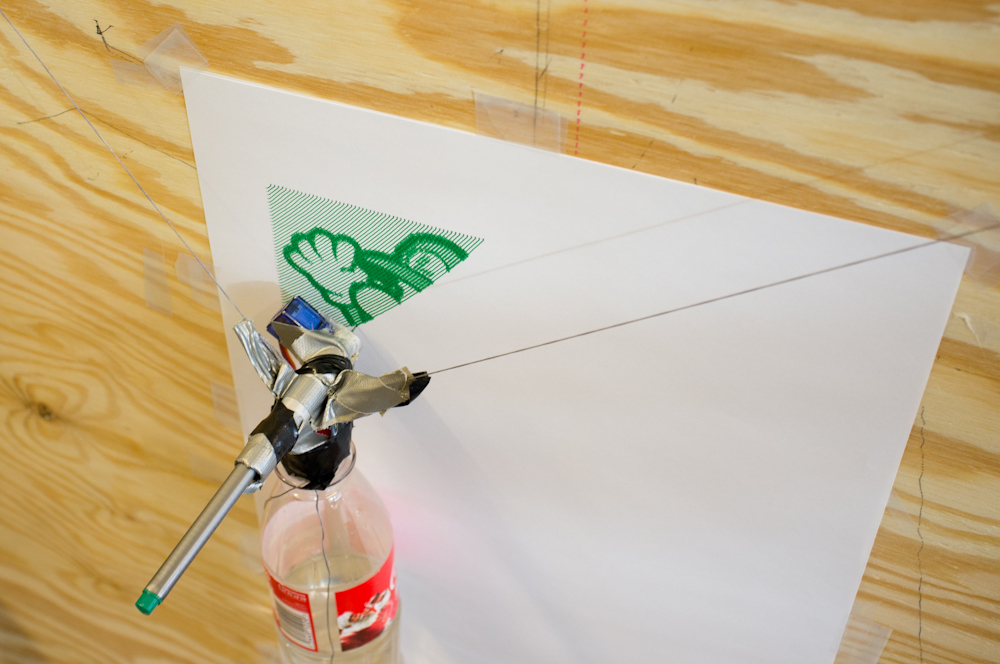 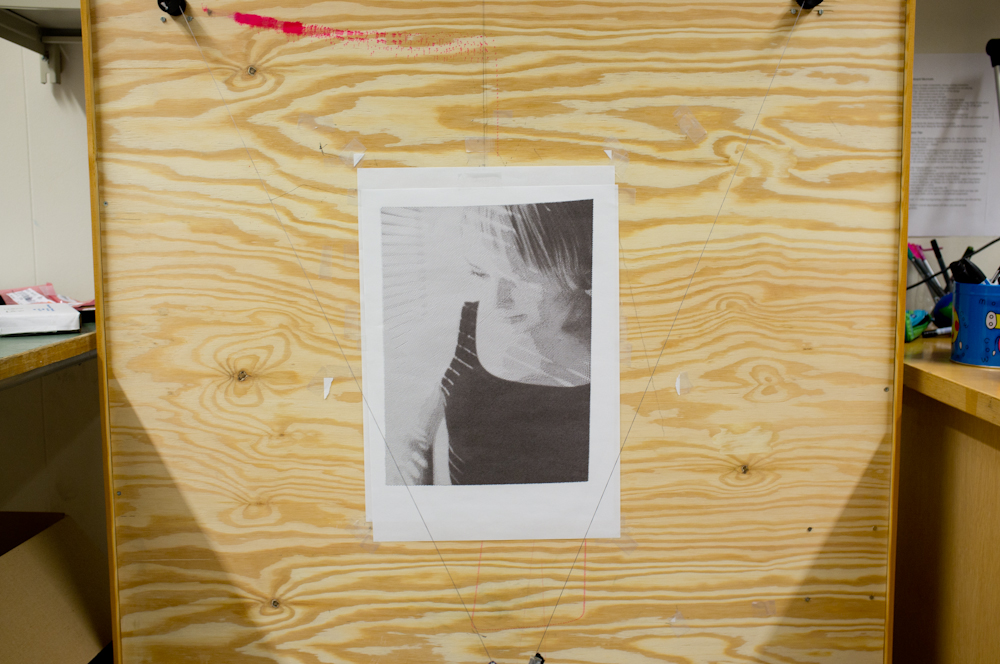