This post will explain the electronics taking part of the big Plotter. First we will explain the whole system: what it consists of and how it’s all connected together, before we go more in depth on some of the components.

The system consists of these main components:

They are all connected together as shown in this picture:

The Motherboard is built around a LPCXpresso 1769 which is a development board for NXP’s LPC1769, a Cortex-M3 based chip running at 120MHz.

To making it easier to use with smoothieware (a G-code interpreter and CNC controller), and easier to incorporate in systems like this, we made a simple breakout-board for the LPCXpresso. The board contains things like level converters, a micro SD card connector, a bunch of screw terminals, leds and buttons. 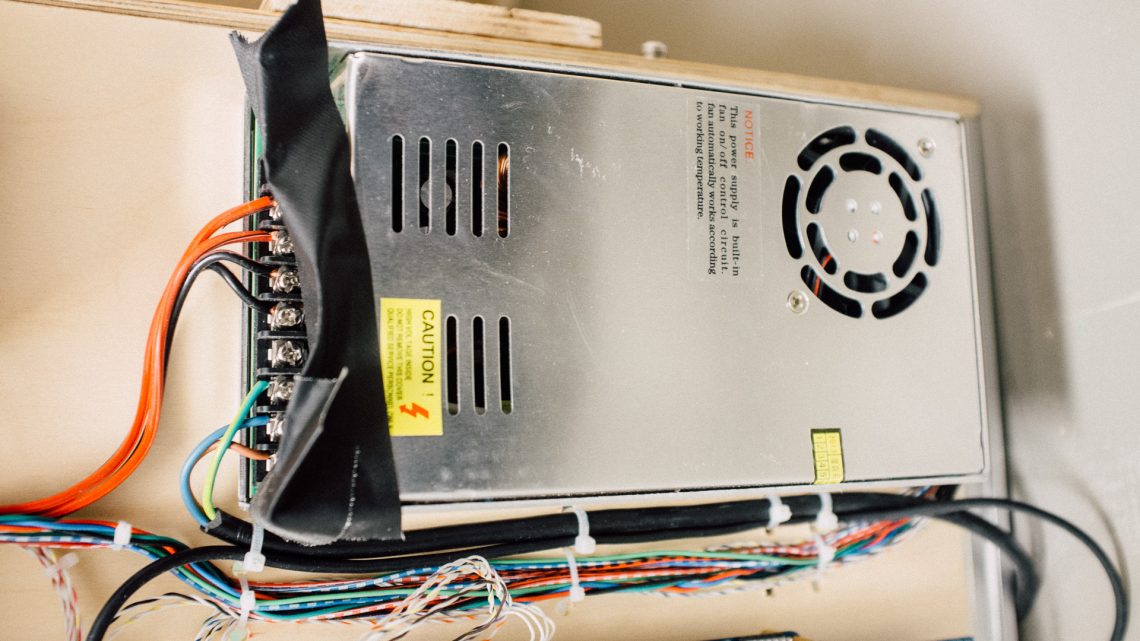 Just as on the Laser Engraver, this machine contains a couple of DM542 stepper motor drivers. One of the driver drives both of the NEMA 17 y-axis motors, while the other is taking care moving the x-axis motor.

The drivers can handle up to 4.2 Amps each. This will not be an issue when we upgrade to NEMA 23, as long as we add another driver so that the y-axis driver doesn’t need to drive two motors. 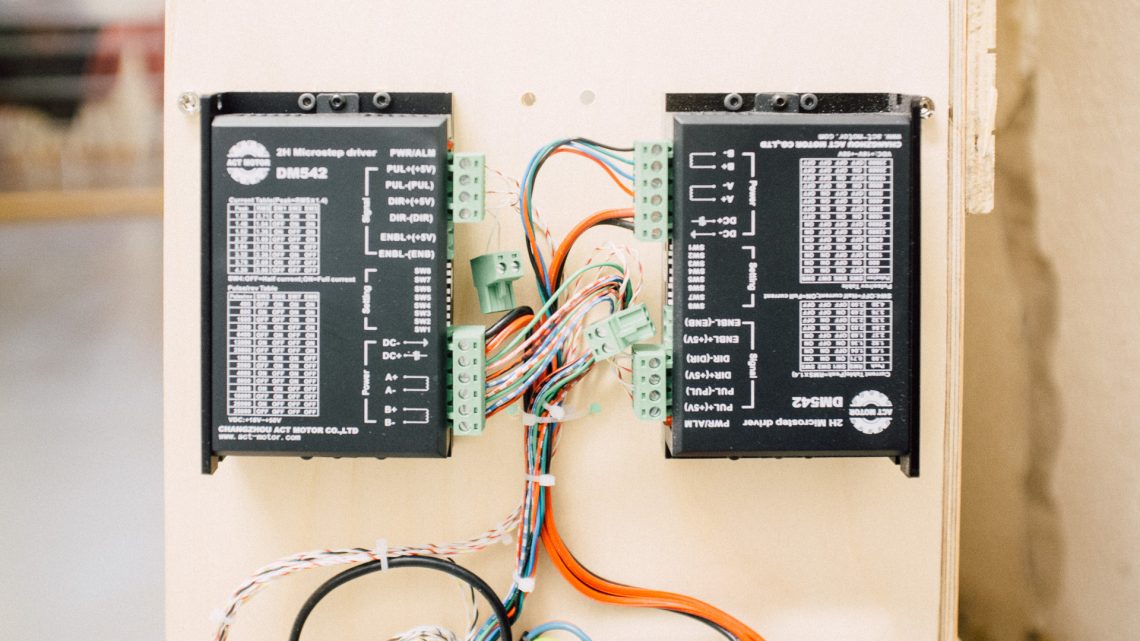 As explained in the last post about the mechanical design, the machine movement is actuated by 3 NEMA 17 motors (and a servo).

Since two motors are driving the Y-axis in parallel it’s of grave importance that the two y-axis driving pulleys is of the exact same dimensions. Or else you will end up with some of the challenges we had when building the laser engraver. 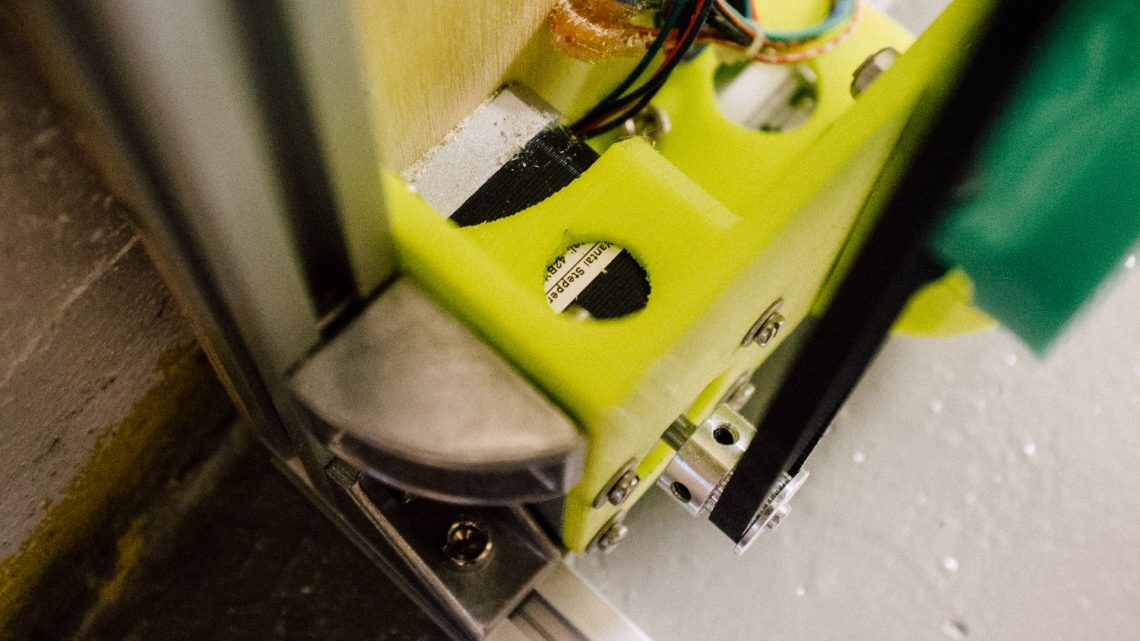 We used a standard Hitec HS-422 servo motor. It gets its power and control (PWM) from the Motherboard. Since this is a somewhat long distance to travel for the 5V PWM, it’s important to shield and make this signal travel as light as possible!

Or else you will have an uncontrollable and shaking servo… 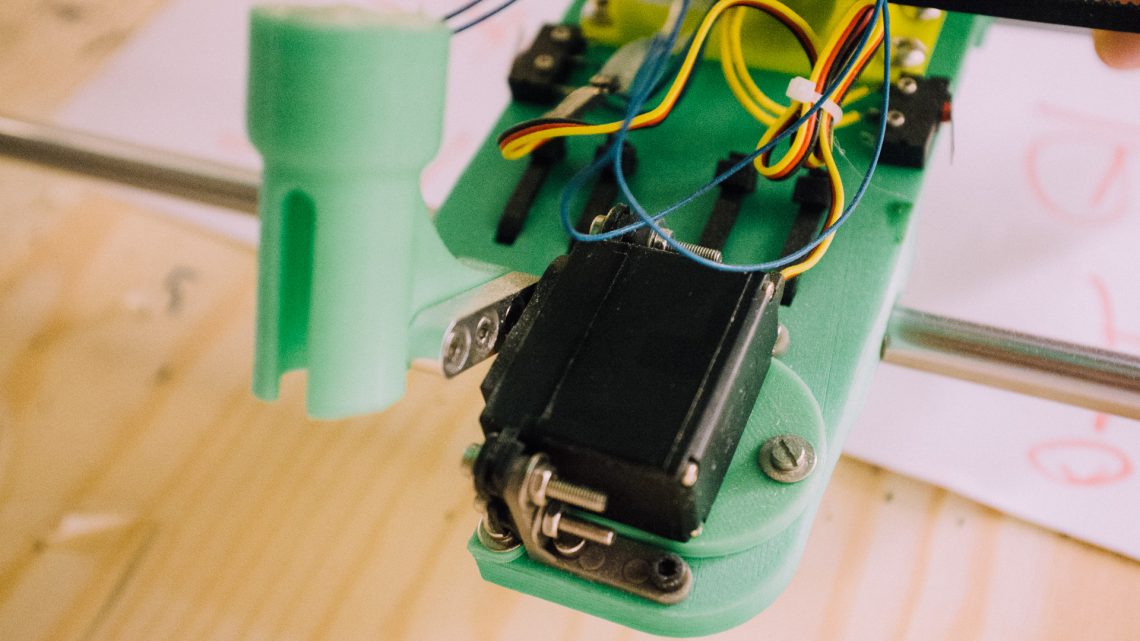 Click here to read the next post where we go into the software and firmware running this machine.

You can read more about this series of post in this overview.