LaserKey is a custom controller designed to control a special laser software on a PC (Powered by Pangolin). Since I have done quite many laser shows now, the need for a custom controller has grown. So I decided to make one myself. The first edition has the finished circuit board, but only a prototype box and buttons at the moment (made right before a show). Later I have a plan to create a professional-looking all-in-one box, and include more features (like faders).

Video of the finished creation

Part 1: Making the ciricut board 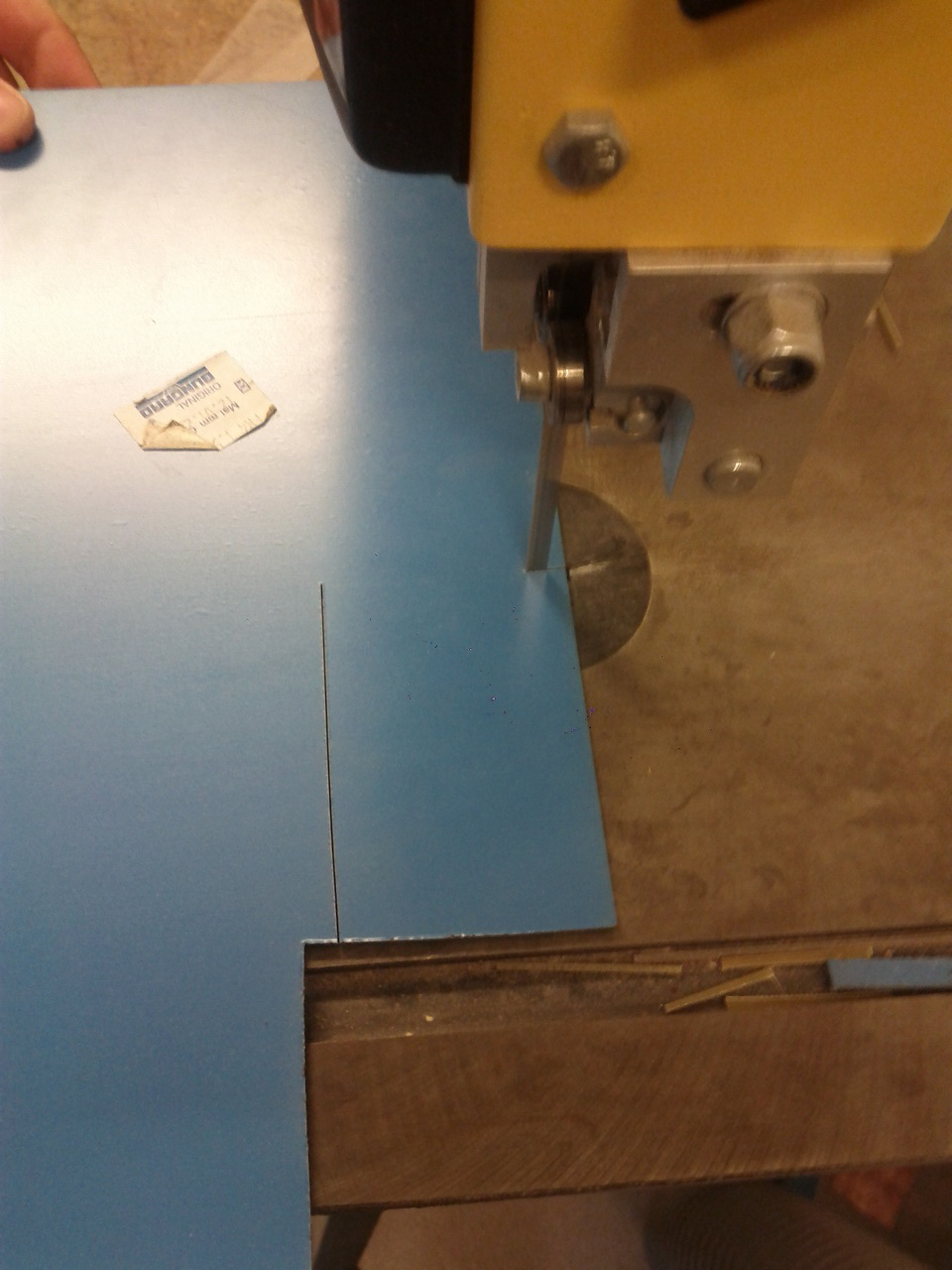 Cutting out the PCB with a band saw 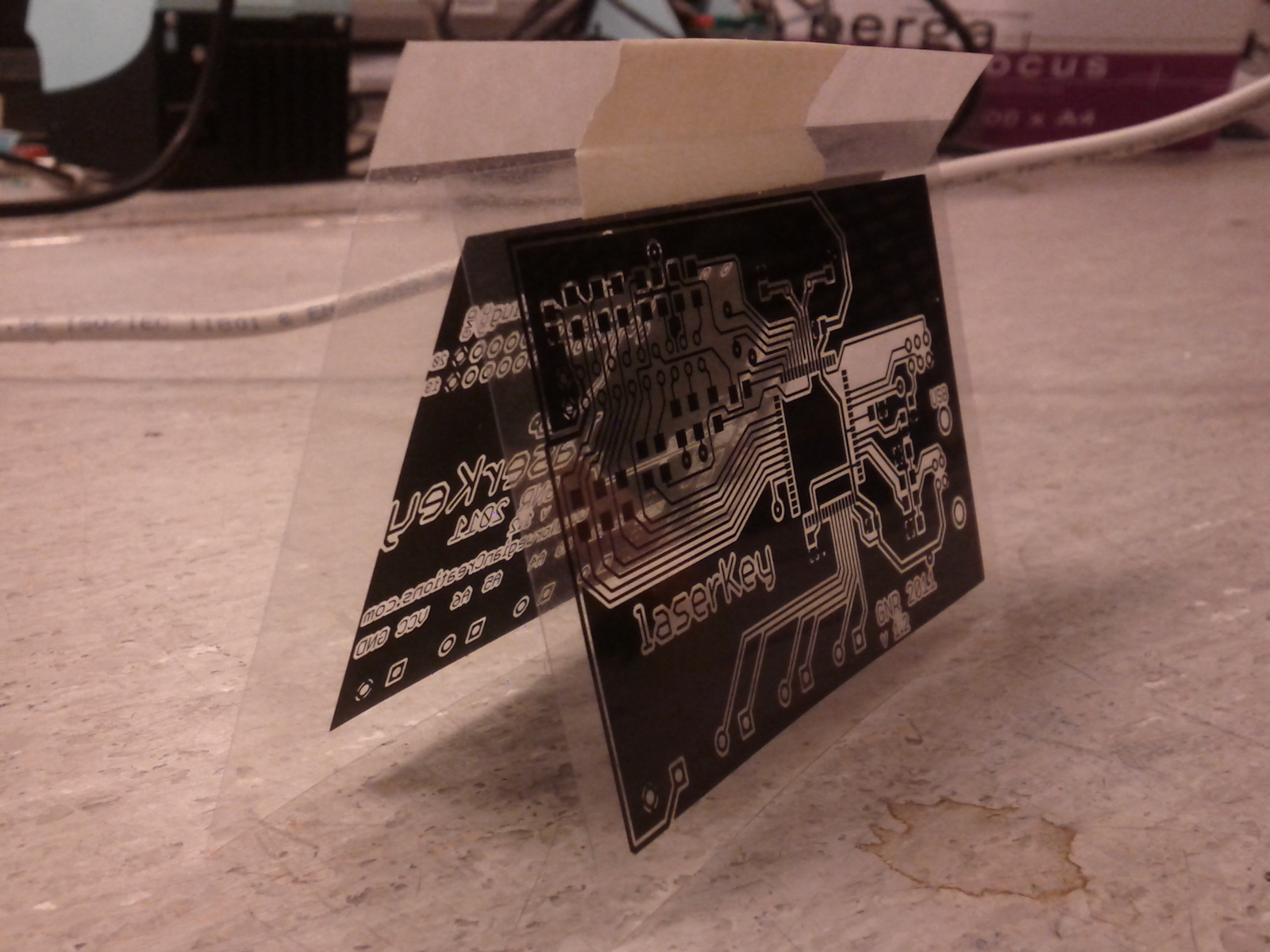 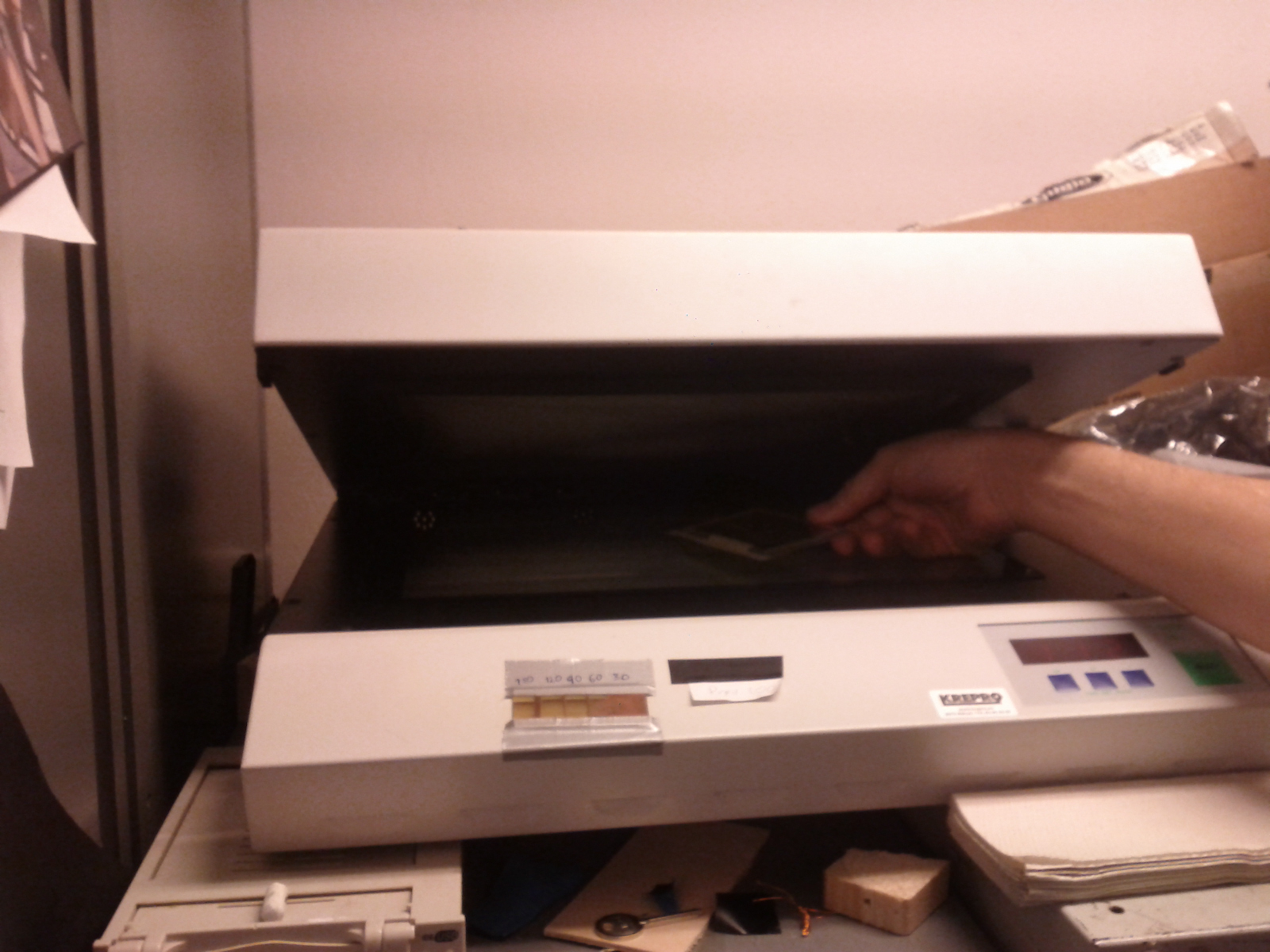 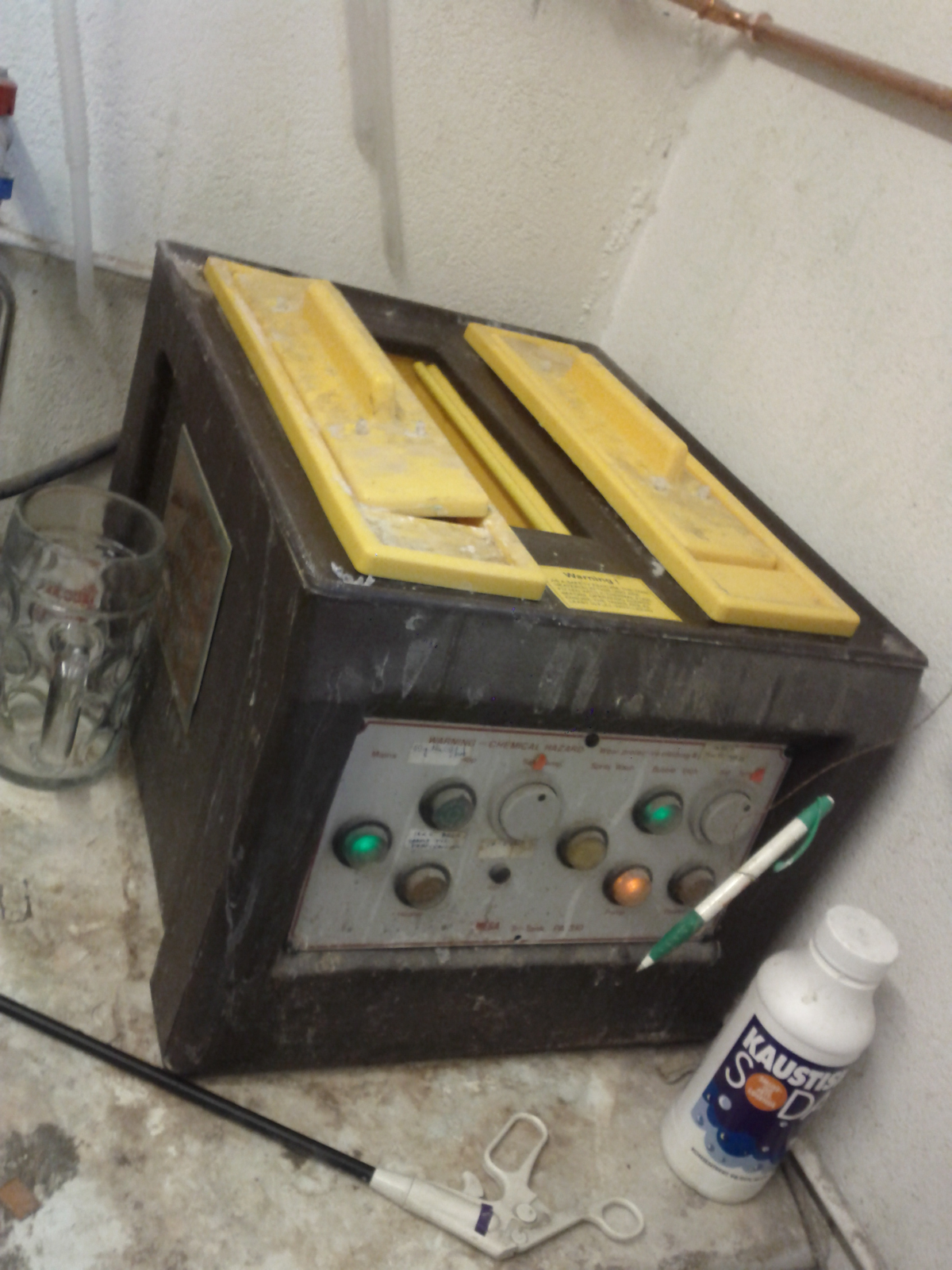 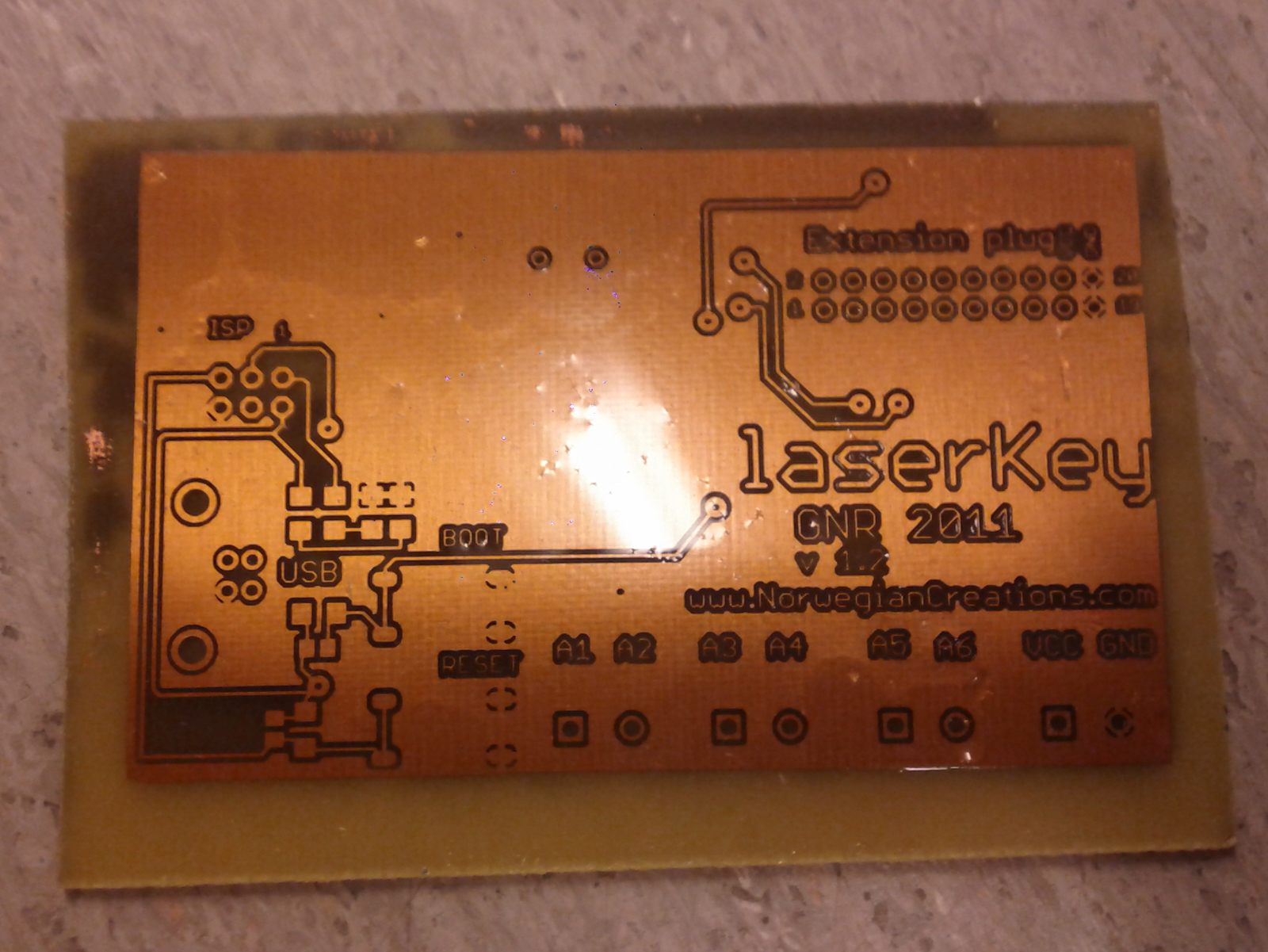 Top of the board finished etching, before drilling 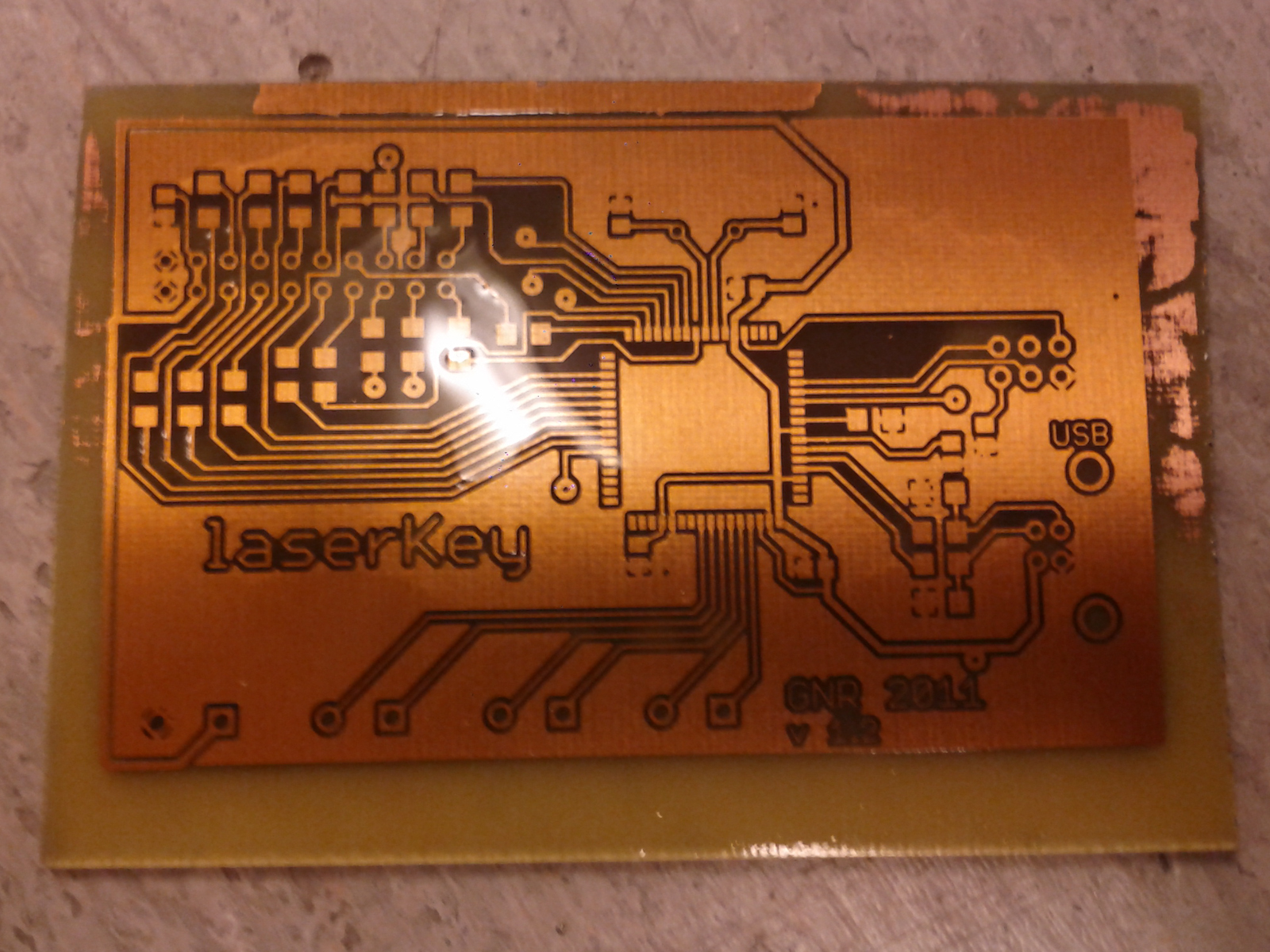 Bottom of the board finished etching, before drilling 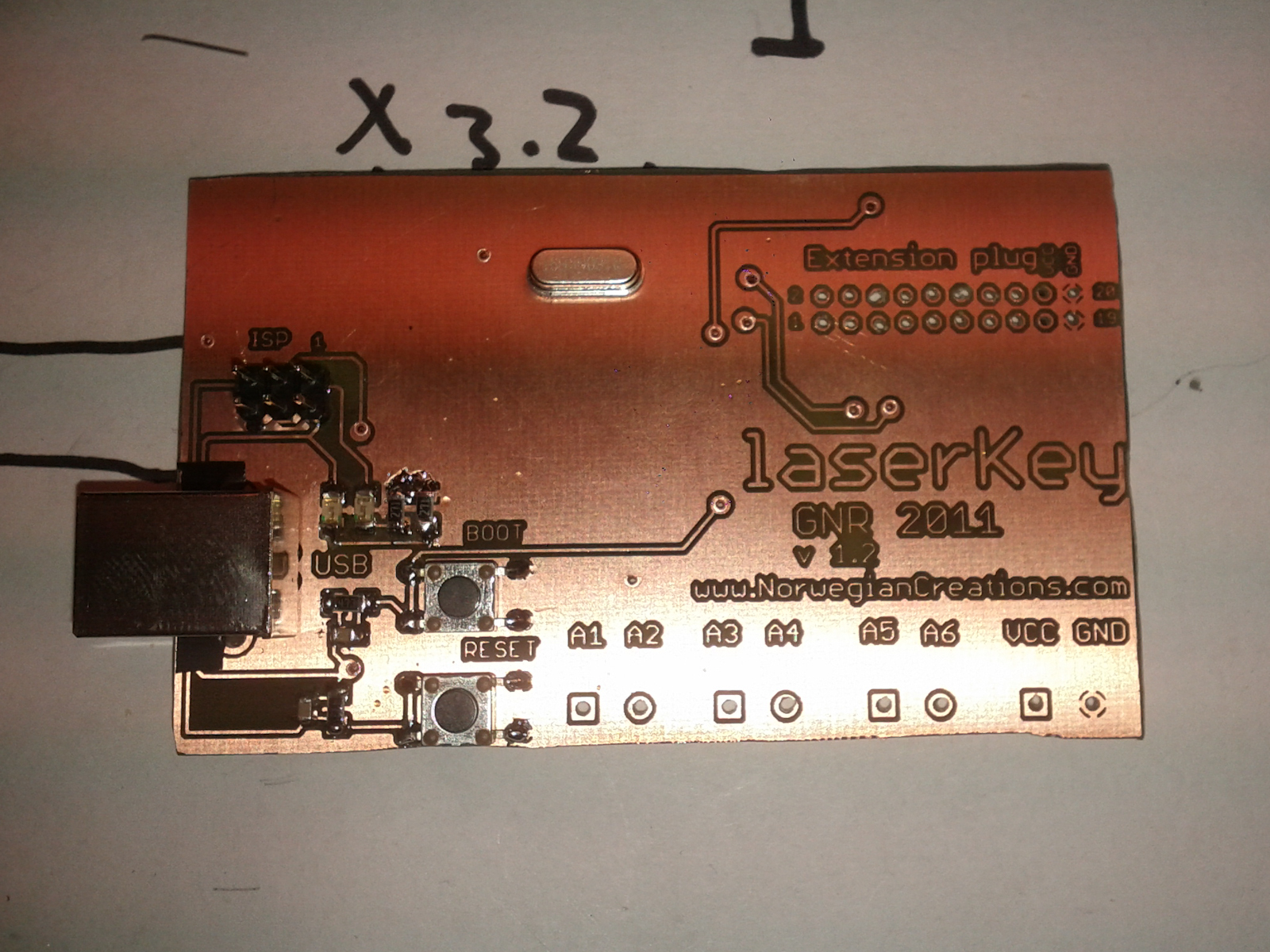 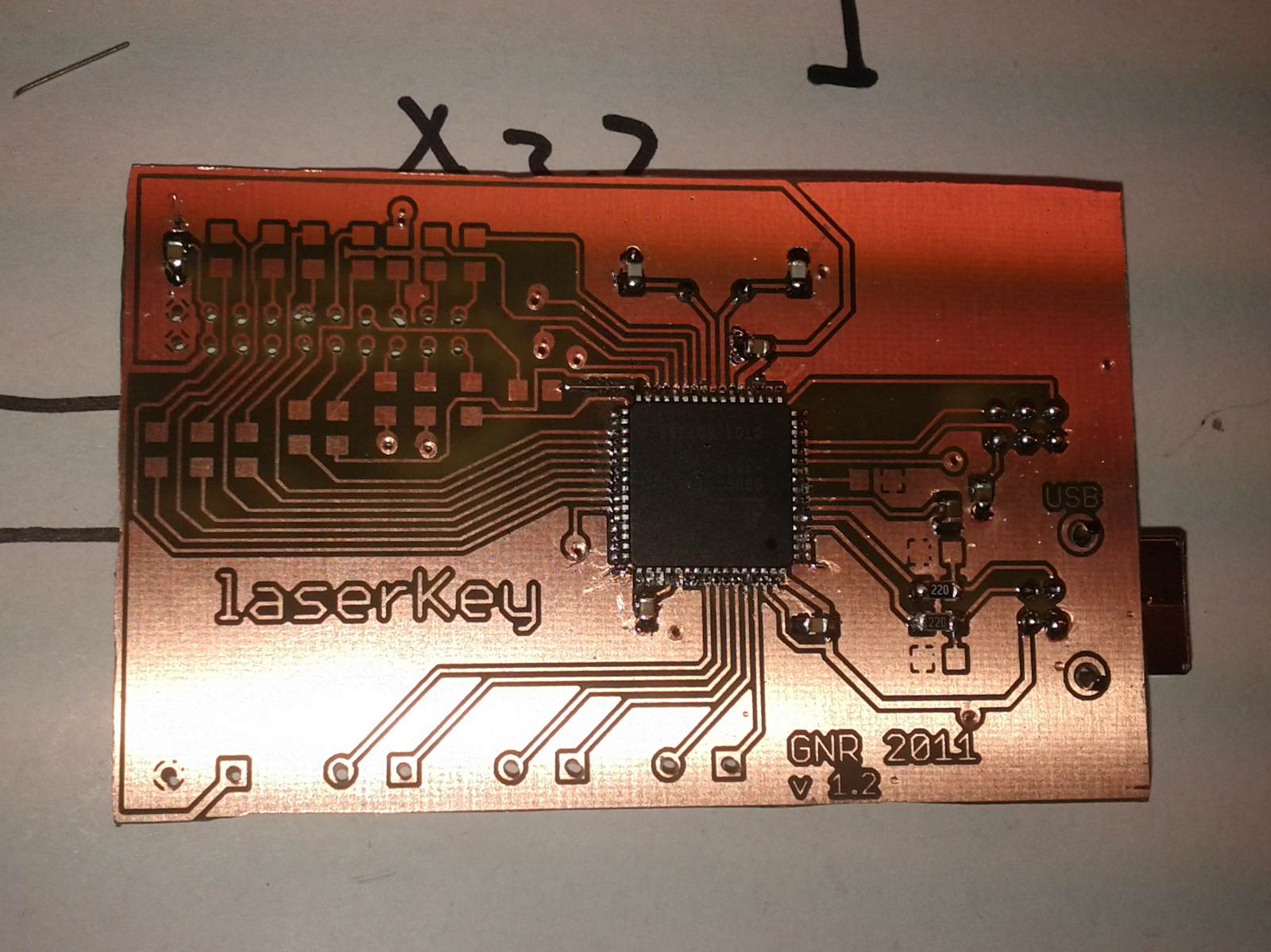 Top view of the board finished soldered! =) 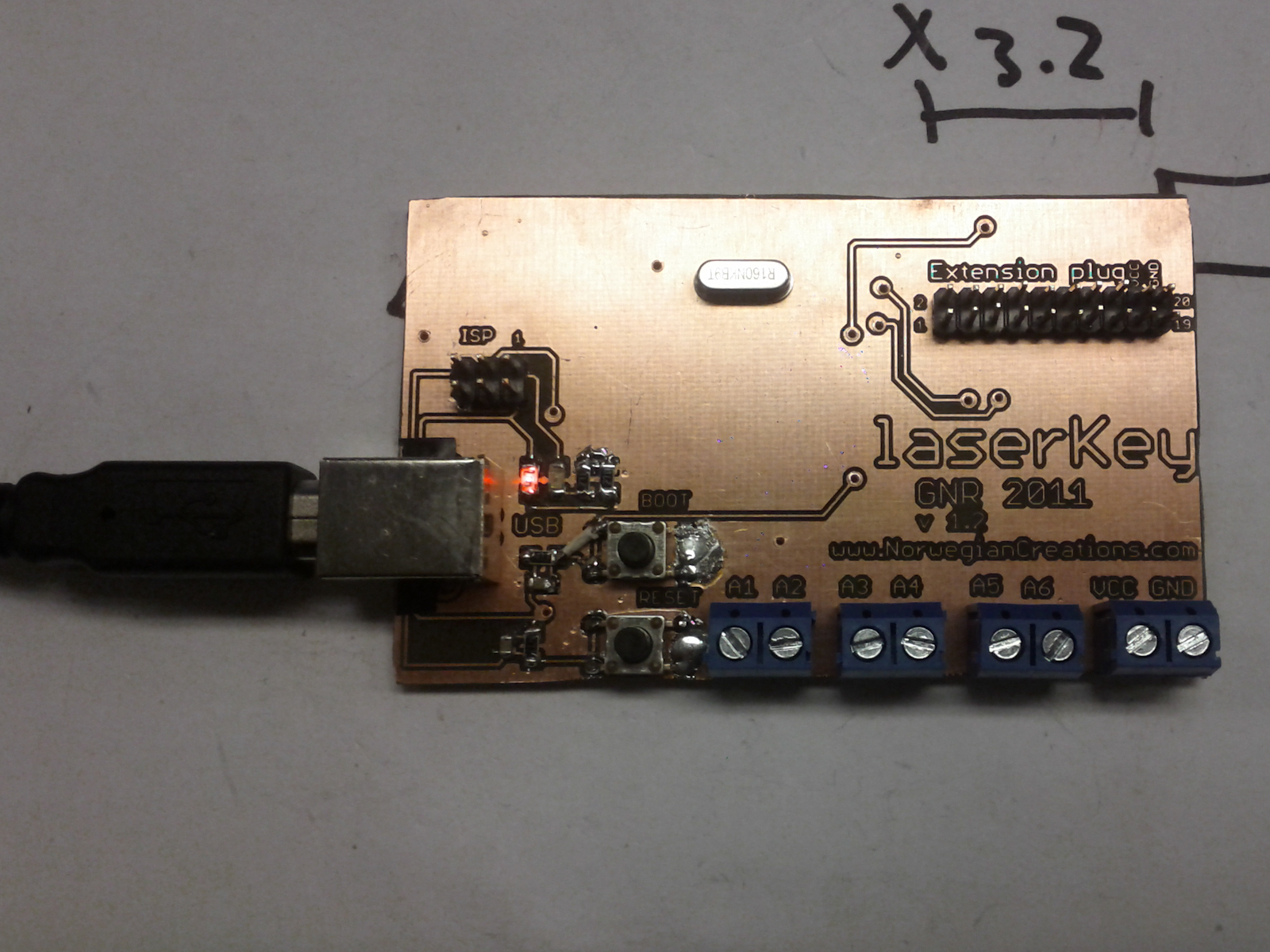 Testing the board, and weeee it works 🙂 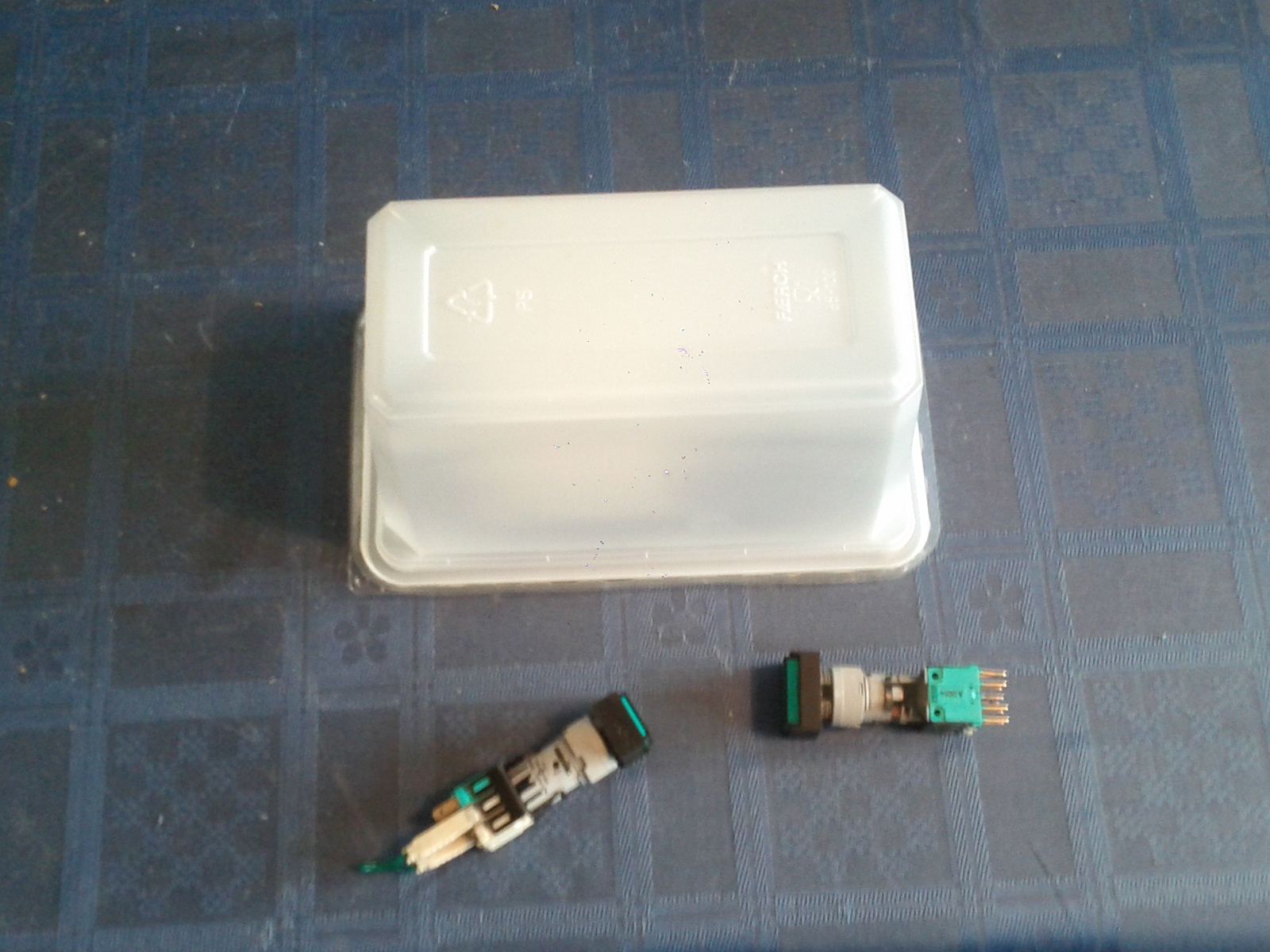 Holes to switches drilled out Holes to leds drilled out Started soldering inside the temporary box Finished soldering inside the box Strengthening the box with the gaffa-tape method View of the finished top Testing the LaserKey and Temp Box with the computer, and it works fine after some software tweaking 😀 Picture from the first location it was used on Another picture from the first location A picture from the laser control desk @ first location One of the lasers work =) All of the lasers works. There will come more pictures later 🙂