After the mechanical system was created, it was time to introduce living organisms =)

A hydroponic nutritient solution containing all the elements that the plant normally would get from the soil is of essence in such a system. I first tried with an organic nutrition called Iguana Juice, but since it is organic, it has a slight “dead fish” odor. And since this system is placed in my living room I had to change. At the moment I am using the Flora Series from GHE. The Flora Series includes a PH buffer which help to stabilise the solution’s pH.

Most plants can grow hydroponically with a pH range of 5.8 to 6.8. The pH in a hydroponic system is much easier to check than the pH of soil. I use standard pH paper ordered here.

Electric conductivity measures the “easiness” in which an electrical charge can flow through a certain length of a certain material. This can be useful in hydroponics because the conductivity of a solution is directly proportional to the amount of salts (nutritients) dissolved in the solution [sciencehydroponics.com].

Since its not possible to buy seeds at the local plant-stores i Norway at this time of the year, I had to do some seed-”pirating”.

The seeds where placed on damp paper cloths and placed inside ziplock bags.

This is a faster method than getting the seeds to sprout in soil.

The seeds need a constant slightly high temperature, so I placed them over an oven:

After a couple of weeks, they looked like this. Ready to be transplanted to soil, and to receive more light.

I placed the seedling box in a window, and they looked like this after a couple of weeks:

I think they could have gotten more light, because they looked kind of “stretched”…

I selected one of the seedlings, removed the dirt, and placed it in clay pellets in the hydroponic system.

When adding nutrition, I first add some water to the container, therafter the nutrition, before adding the rest of the water. Guidelines for how much nutrition to use is often supplied by the producer. GHE have supplied this for the Flora Series.

My solution is a bit under Ziska Burgs EC reccomandations at the moment, but I think that the most important feedback comes from the plant itself. And at the moment it seems happy!

I meassured the pH to 6.3 last time I changed the solution. This is perfect, so no need to adjust it:)

The seedling were planted in the system on November 11th, so today, after 4 weeks it looks like this:

Yes, it receives some artificial lightning, which I will talk more about in the next post. So stay tuned! 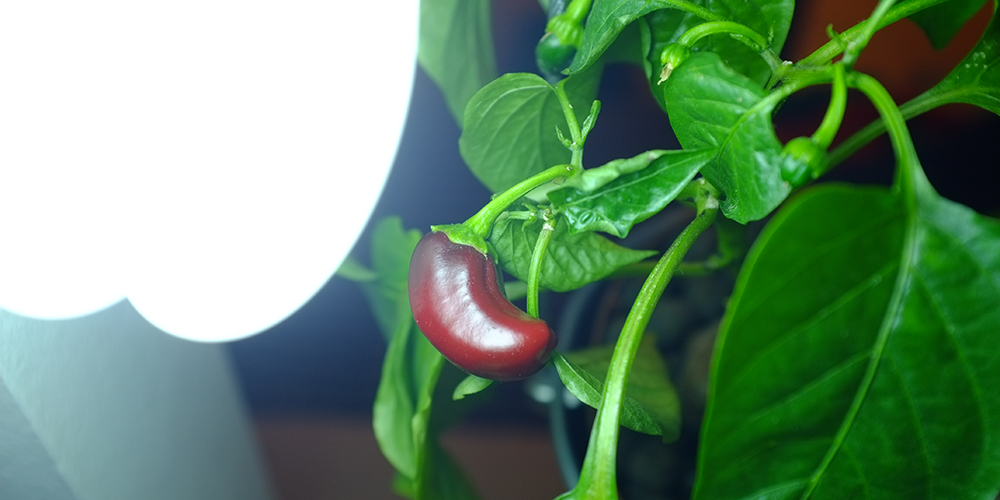 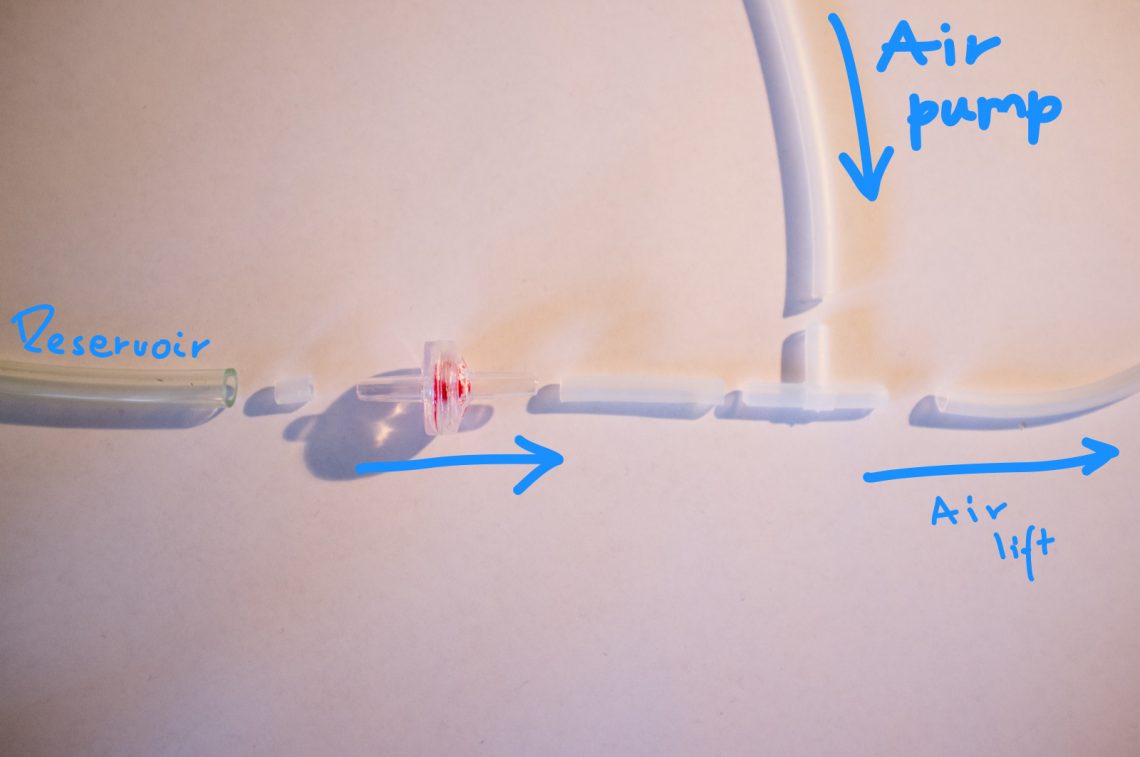 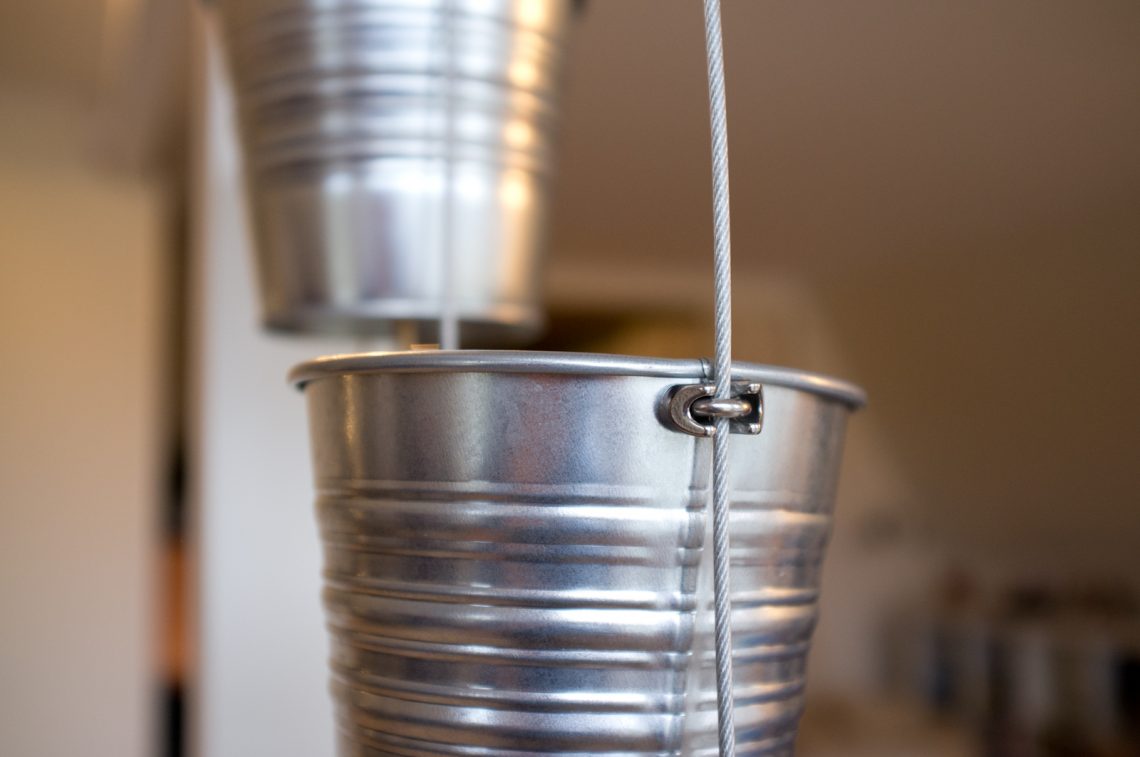