Myself, Are Halvorsen and Marius Gundersen built a Game Show System!

The system is mainly for a quiz show with Ingeniørspillet at Trondheims Student Society (http://www.samfundet.no/). The event is april 14, and if you are in town I really recommend going (information) =)

Main features of the system:

Since last post we have tested both the sampler and the DMX at the Student Society. Our prototype had some major problems with its clock circuitry, but as a conclusion: We got a good overview over the light and sound system there =)

After some more meetings with the client we created some preliminary flowcharts.

We will implement two different modes: simple and advanced. In the advanced mode teams that buzz, but not first, will be placed in a queue. But in the simple mode it’s only the first team that buzzes after the start-button is pressed that get to answer.

Hardware will be divided into:

For connecting the buttons to the main controller cat-5 cable will be used. This is for easy replacement off buttons or cables, and because we need enough lines for driving leds inside the buzzer buttons.

Schematics and PCB layout for the main board: 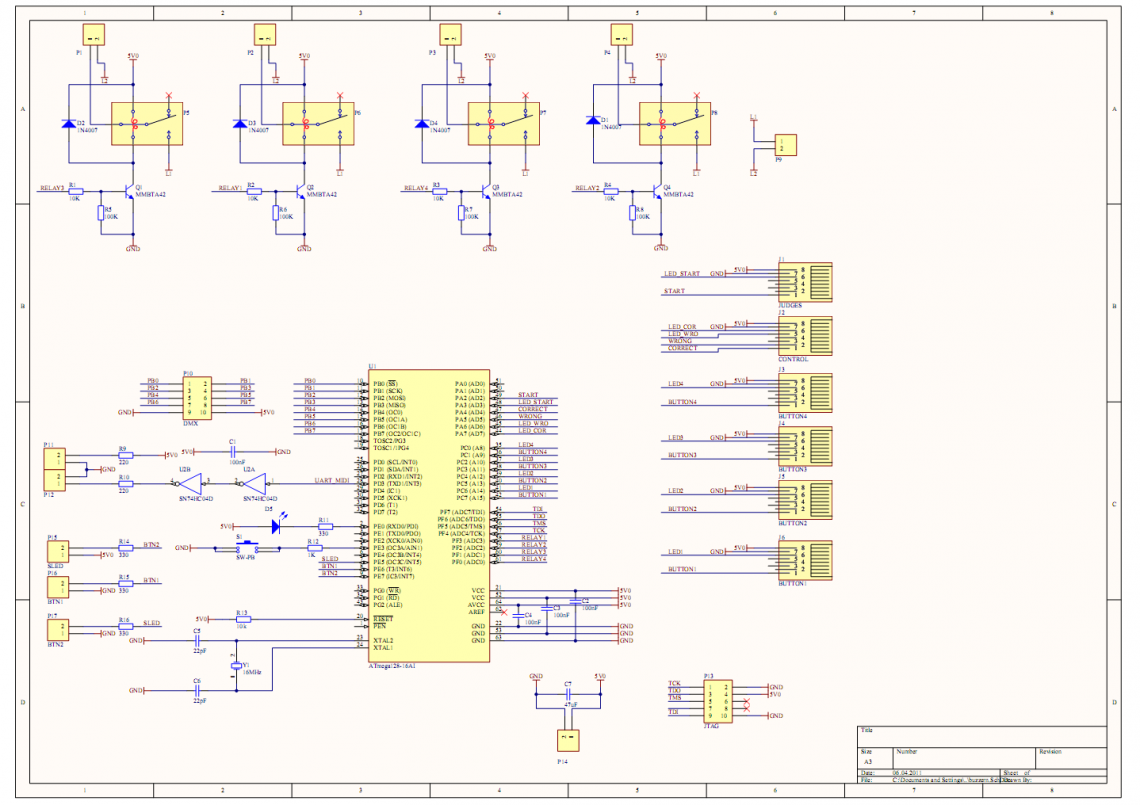 Just some pictures from the progress =) 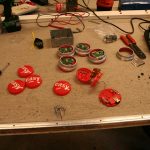 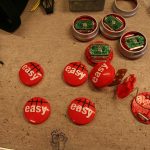 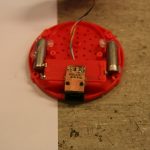 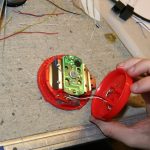 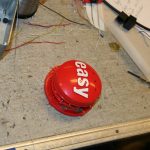 Video from the show: