Previous posts in this series:

If you’re unsure about how capacitors and/or inductors work, check out:

In part 4 we looked at the natural response and step response of RL and RC circuits, which means circuits with resistors together with inductors and capacitors, respectively.

This time we will take a look at RLC circuits, which contain both resistor(s), inductor(s) and capacitor(s), and examine their natural response and step response. We’ll not go into too much detail regarding the theory behind this material, but rather show you quite directly how to find expressions for the responses of RLC circuits.

Since this is a theory-heavy blog post, it is most suited to electrical engineering students as a supplement to other learning material. Others might find this interesting as well, especially those who are curious about how capacitors and inductors can influence a circuit.

The equations and examples in this blog post are taken from the book Electric Circuits by Nilsson and Riedel.

We need to separate between parallel RLC circuits and series RLC circuits. Below you will find simplified theoretical circuits to illustrate different concepts in the following order:

We will use a couple of these in examples later in this blog post.

As opposed to RL and RC circuits, RLC circuits can be overdamped, underdamped or critically damped. The behavior of these are not the same as we talked about in this post. Here, both overdamped and critically damped circuits can overshoot the final value. However, they will not oscillate beyond that. Underdamped circuits will oscillate beyond the initial overshoot.

The combination of R, L and C values decides what kind of damping the circuit has:

The value of α (aka. the neper frequency) depends if the RLC circuit is parallel or series:

The value of ω0 (aka. the resonant radian frequency) is the same regardless of type of circuit:

Both α and ω0 have the unit of rad/s (radians per second).

What we want to do is to find an expression of either voltage or current as a function of time: x(t). There are six different equations for this, where the one you want to use is chosen based on whether you’re looking for the natural response or step response, and whether the system is overdamped, underdamped or critically damped. Each equation has a set of coefficients which need to be found. To find these coefficients you will need the initial value x(0), the initial time derivative of x dx(0)/dt and sometimes the roots of the characteristic equation. We’ll go into detail on how to do this later in this post.

The Characteristic Equation and Its Roots

For both parallel and series RLC circuits, the so called characteristic equation is

In the following equations, the variable x represent either voltage or current, depending on what we want to calculate. With all natural response equations, we expect the x value to start at an initial value x(0) and converge towards zero in some way.

In this scenario, the expected behavior of x(t) is a non-oscillating convergence from x(0) to zero. It might overshoot the final value.

To find the coefficients A1 and A2, you have to have two different equations. These ones are used in this specific scenario:

Note the usage of the roots s1 and s2.

In this scenario, the expected behavior of x(t) is an approach from x(0) towards zero. It will dip below zero before oscillating and converging towards its final value.

aka. the damped radian frequency.

In this scenario, the expected behavior of x(t) is a similar to the overdamped scenario, except that it is on the verge of oscillating.

Let’s run through a few examples.

In this example, we’ll let

We need to know some initial conditions to get going. In this case we know that

Let’s double check that this is overdamped:

Since we already know v(0), the first thing we need to do is to find dv/dt(0). We can use the following equation for this, which is a fundamental equation for capacitors:

Next, we need to find the roots. Use the equations mentioned earlier in this blog post.

Now we can dive into the coefficient equations for overdamped natural response. Use both equations to find A1 and A2.

An overdamped natural response that overshoots the final value.

Let’s switch all parameters and look at how it turns out.

Let’s double check if this is underdamped or not:

Since no energy is stored in the circuits at t=0, we have that

We don’t need the roots for this, so we can jump directly to the coefficients:

After some time, no current will flow through the circuit because of the capacitor. Thus Xf = V = 48 V.

We now have everything we need for a sweet plot. 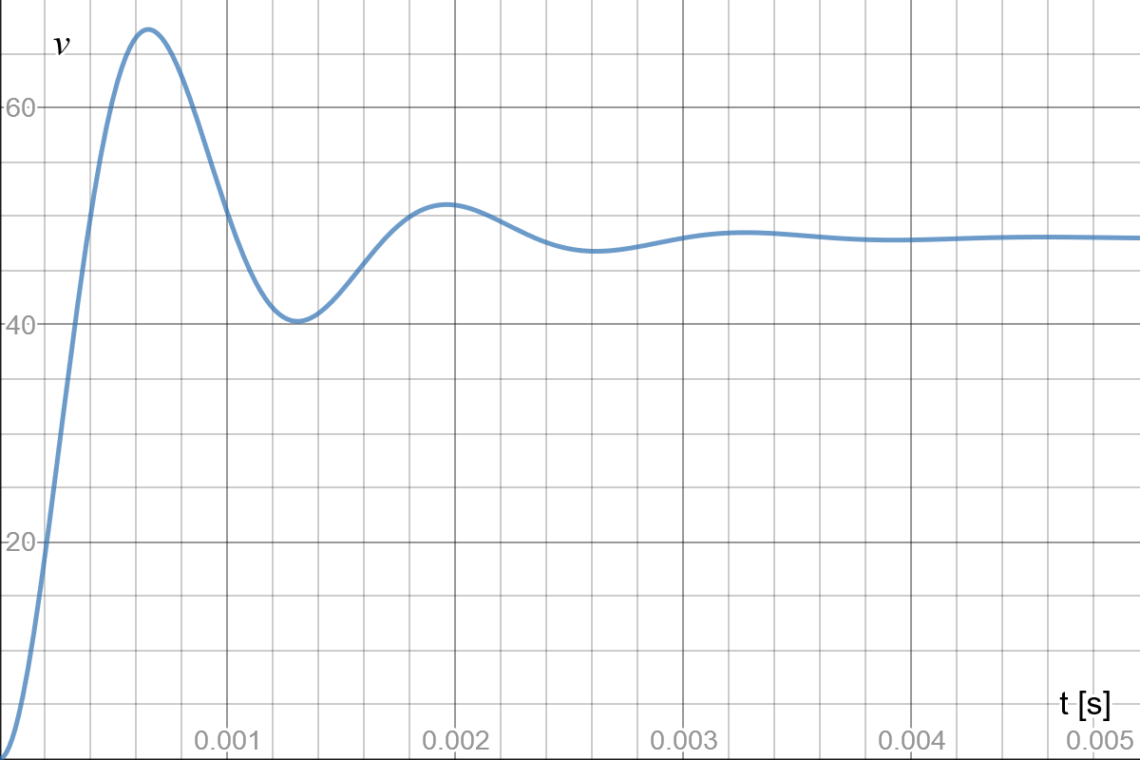 That was a lot of theory and equations, but if you took your time to go through this, this was probably what you was looking for in the first place.

We recommend that you read a proper textbook to fully understand these concepts. Electric Circuits by Nilsson and Riedel is an excellent choice.

Another source of knowledge and wisdom is this free online course where they among other things look at “time and frequency behavior of second-order circuits containing energy storage elements (capacitors and inductors)”, which is what we’ve briefly looked at here.

This blog post is only meant as a supplement to any material you already have. 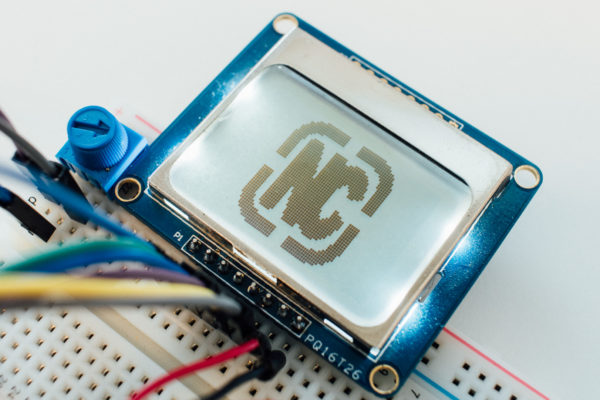 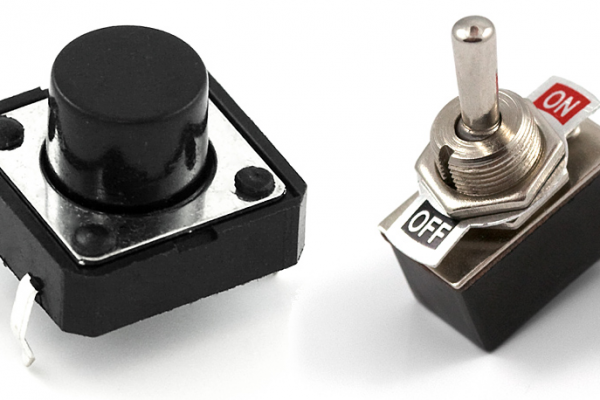